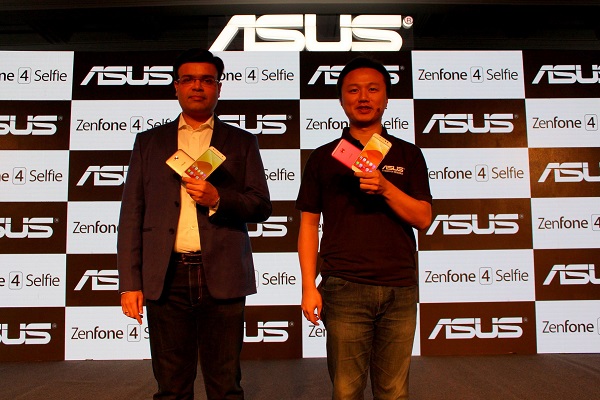 As the name says all, these are selfie focused smartphones which company has announced, and two of these devices comes with the dual front facing cameras for the selfie.

When it comes to the specs, the cheaper variant of all flaunts a 5.5-inch full HD (1080p) display which is protected by Corning Gorilla Glass 5, under the hood, it is powered by Qualcomm Snapdragon 430 octa-core SoC along with 3GB of RAM and 32GB onboard storage which can be further expandable up to 2TB via Micro SD card with a dedicated Micro SD card slot.

When it comes to the photography front, features a 13-megapixel rear autofocus camera along with LED flash, there is a 13-megapixel front facing camera with LED flash as well for video calling and selfies. It houses a 3000 mAh battery, to make your audio experience better, here you have 5-magnet speaker for louder sound and less distortion.

For connectivity, it supports Dual SIM, LTE, VoLTE, WiFi, Bluetooth, GPS, Micro USB and front mounted Fingerprint sensor. When it comes to software scenario, it runs on Android 7 with ZenUI 4.0 running on top of it, company has already promised for Android O update for all of its Zenfone 4 and Zenfone 3 series.

Another variant of Asus Zenfone 4 Selfie which is priced Rs. 14,999, it has got almost the same specs as of the above-mentioned Zenfone 4 Selfie, but this one comes with 4GB of RAM and 64 GB of internal storage which can be further expandable.

When it comes to the camera, it comes camera front it features 16MP rear camera with f/2.2 aperture and LED flash, there is dual camera setup at the front to make your selfies more DSLR like, at front, you will find a 20MP+8MP camera which provides 120 degree wide angles for selfies and there is a soft LED as well.

When it comes to Asus Zenfone 4 Selfie Pro, it comes with 5.5 inches 625 Octa-core  Full HD (1920×1080) AMOLED display, under the hood, it is powered by Qualcomm 625 Snapdragon which is an octa-core processor clocked at 2GHz along with 4GB of RAM and 64GB of internal storage which can be further expandable.

When it comes to the camera front, it features a 16MP rear camera with f/2.2, LED real tone flash and Phase detection auto-focus, there is a dual camera setup at front as well, it has got a 24MP+5MP along with LED flash, and the best part over here is that both front and rear are capable of capturing 4K videos.