As expected, today Samsung India has announced the latest offering under its Note series, the Samsung Galaxy Note 8 which company has announced last month at an event held in New York, and in just a couple of weeks company has decided to bring it here in India. Samsung Galaxy Note 8 is 67,900 and will be available in India starting September 21, 20, 7 in Midnight Black and Maple Gold colors. The device will be available for pre-booking from September 12, 2017 across selected retail stores and also online exclusively on Samsung Shop and Amazon.in. 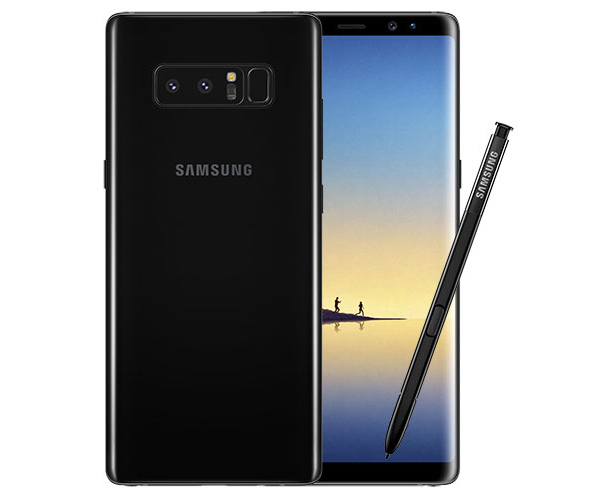 We all know what happened with last years Samsung Galaxy Note 7, it was in news but for all bad reasons, and with all that everyone was expecting lots of things from next Note smartphone, the Note 8.

The infinite display is something which everyone praised in Samsung Galaxy S8, and Samsung has kept it on Galaxy Note 8 as well, it flaunts a 6.3-inch Super AMOLED curved edge display with QHD+ resolution, and has an aspect ratio of 18.5:9 which we have seen on Samsung Galaxy S8.

When it comes to the photographic front, Samsung Galaxy Note 8 comes with a dual-camera setup at the rear, one is a 12-megapixel wide-angle lens with aperture f/1.7, whereas the other is a 12-megapixel telephoto lens with aperture f/2.4 and it offers 2X optical zoom. At the front, there is an 8-megapixel camera with optical image stabilization. The rear camera can record 4K videos at 30 fps.

Samsung hasn’t changed the location of a fingerprint scanner and it is located at the rear. For connectivity, Galaxy Note 8 features 4G with VoLTE, Bluetooth 5.0, USB Type-C, Wi-Fi 802.11ac and GPS. Galaxy Note 8 has the IP68 certification for water and dust resistance.

The Galaxy Note 8 features a fast charging and wireless fast charging. On the software front, the smartphone runs on Android 7.1.1 Nougat with TouchWiz UX on top. It is also due to get Android Oreo update in the coming months.

Galaxy Note8 users will get a Double Data offer on Jio, under which they can get up to 448 GB of extra 4G data over 8 months, as well as complimentary Jio Prime Membership. With these offers, Samsung Galaxy Note8 users can experience a truly unconstrained Digital Life on Jio’s world-class all-IP data strong only-4G network.

In another special launch offer, consumers who purchase their Galaxy Note8 using an HDFC Credit Card will get a cashback of INR 4,000.