As expected, today India based company, Xolo has announced a new sub brand, the Black and launched first smartphone under it, the Xolo Black which company has launched exclusively on Flipkart at the price tag of Rs. 12,999 and it will be available on Flipkart without any registration from 13th July. As a special gesture, BLACK will be available for sale first to existing XOLO customers a day in advance i.e. 12th July, 2015 from 4:00 pm to 8:00 pm. 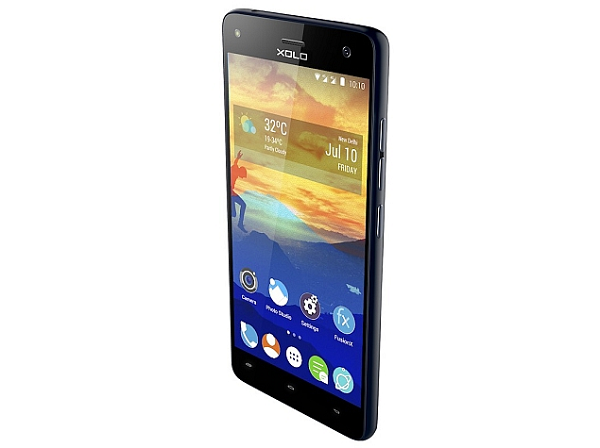 The main USP of this device is that Xolo Black comes with dual camera at back, one will act as a regular camera and the other one will be used to create depth of effect in which if you are capturing image two object then you can focus on one object and can blur out the other object, there are plenty of options which you will find on camera.

If we talk about rest of the specs then Xolo Black flaunts an 5.5-inch full-HD OGS (One Glass Solution) display with 401ppi pixel density which is protected by Corning Gorilla Glass 3 at the front as well as as the back, under the hood it is powered by powered by a 64-bit Snapdragon 615 (2nd generation) octa-core chipset along with 2GB RAM and Adreno 405 GPU, it also comes with 16GB internal storage which can be further expanded to 32GB, it features a power button which works as a notification LED.

When it comes to photography front, it features an dual-camera (13MP and 2MP) at the back with fast focus (company claims that it can focus on object in just 0.15 seconds) and Chromaflash, at front it features an 5-megapixel front sensor with diffused flash. It houses houses an 3,200mAh battery with quick charge technology,.

For connectivity it supports 4G LTE connectivity, supporting both FDD-LTE Band 3 (1800MHz) and TDD-LTE Band 40 (2300MHz); Micro-USB v2.0 with USB OTG functionality; A-GPS; Bluetooth, and Wi-Fi 802.11 b/g/n, and when it comes to software BLACK runs on the company’s Hive UI based on Android 5.0 Lollipop.