Suppose you are having some bunch of movies on your laptop or mobile device and all your members in family wants to watch it, then what you would do? viewing it on laptop is not a good choice as not everyone will be able to viewing it properly, you might transfer it to USB and attach that USB to your TV, if you have USB port on TV and can enjoy, but some of you might not have USB port or if you have then many times TV doesnt support codecs and does not let you play that movie.

In such a case, a convenient and easy option is to stream over your WiFi, as it can be done and some devices are there which lets you do this, Google has launched Chromecast way back but it landed India couple of months back only. Chromecast is good if you have lots of online contents or you wants to stream online movies to your TV. When when it comes to stream local contents Chromecast fails to impress us.

There is a Bangalore based startup, Mango Man who wants to fill this shortcoming, they have launched second variant of their streaming device, the Teewe 2, although first variant was not so much popular and has some issue, but when it comes to second variant, its more powerful, has more features and of course easy to use as well. We have used this device for almost one month and we can say it’s a very good device at this price tag.

Design And Built of Teewe 2 :-

Company has improved a lot when it comes to design, company claims second variant is just 70 percent of earlier one, and Mango Man’s CEO Sai Srinivas also claims it smaller than Google Chromecast. This dongle do feels good in hand and we can say company has improved the built quality and used some good material in it and it do feels like a premium device.

When it comes to port, you will find two port on the device, one is HDMI port which goes into your TVs HDMI section, and there is also an Micro USB port which is used to power up this device. Company is bundling a Micro USB cable in the box, you can attach it to your TV if your TV has USB port or if it doesn’t then there is power adapter as well which comes in box and you can use it with Micro USB cable and plug it into an electric socket on your wall, this is something which you will not find on Chromecast. 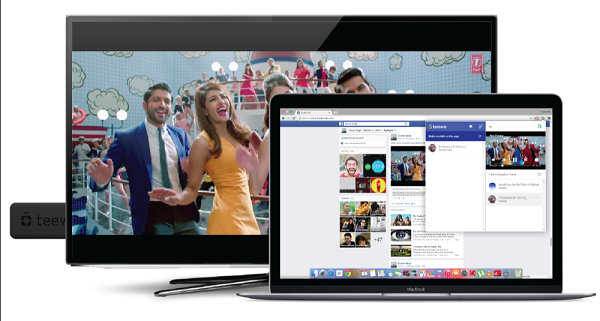 Built quality of this device is good, we accidentally dropped this device quite a few times and nothing happens to it, it has got the same rectangle which we have seen on Teewe one device but this time it do not feel bulky in hand.

Setup is pretty much simple and easy on Teewe 2, if you are using Android device than its super easy, all you need a TV which has HDMI port, a Tablet or Phone is powered by either Android or iOS, WiFi, Teewe App and Teewe 2.

First connect Teewe 2 to your HDMI port of your TV and then download and install app on your device, power on your TV and switch to HDMI mode, if you are on Android then app will detect the Teewe 2 device, ask you to connect to it and enter your WiFi password.

When it comes to under the hood features, the Teewe 2 HDMI media streaming dongle features a dual-core ARM Cortex-A9 processor clocked at 1.6GHzalong with 1GB of RAM and also includes a quad-core GPU, for connectivity it support Wi-Fi 802.11 b/g/n., Micro USB and HDMI.

Using Teewe 2 is very simple, you install app on your Android Or iOS Or Windows PC Or Mac Or Linux, and you are ready to go, the UI of Android and iOS app is very much similar and any newbie can use it without any problem, however app on desktop has much details and its also simple to use.

When you launch app, you will get some contents being loaded from YouTube, and you can stream them or search for some contents on YouTube to stream, when you scroll down, you will see your local contents being displayed and then you can stream songs, video and images from your phone or laptop to the TV, and when you are streaming local content you don’t require an internet connection, but yes you do require WiFi connection and both devices must be on the same network. 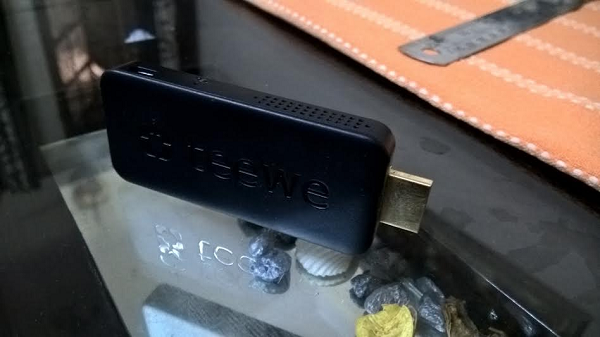 On phone, app will automatically add contents and on desktop you can customize the folders which you prefer to add, however on iOS you wont be able to content other than your Camera Roll, buts it’s the limitation of iOS not Teewe.

On app, it also shows some of the contents from YouTube, you can always search and stream your favorite videos from YouTube to your TV, at launch company has said that they are working with content providers across India, as of now Teewe 2 users will get 2 months of free subscription from Eros which has thousands of movies in their library.

If you wants to stream videos which you find on a webpage and its not from YouTube then you can install Chrome extension and you can not only stream that video but you can also stream whole webpage to the screen, its a good thing for those who like to show whole page to big audience, like if you are teaching something or something like that than it’s quite useful, however you might not get same experience across all web pages, but company has said that they are adding support for more and more webpages, Teewe 2 doesn’t support mirroring your device, and we also don’t think its necessary. 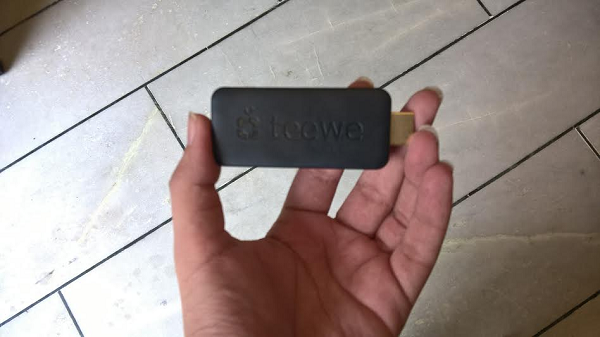 Another thing which we liked most in this device is that all connected devices like your tablet, phone and laptop can talk to each other, you will be able to play movies which are there on your laptop from your phone, you can put YouTube videos from your tablet in queue which will be played next on your TV.

Performance if Teewe 2 was good for us, our experience over Android device is much better than compared to iOS, on iOS its only available for iPhone, means you have to run it in 2x on your iPad, and one of the major issue which we faced on iOS is that it only allows you to stream images which are available in your photo gallery, and if you have contents from any third-party app then you are out of luck, actually its iOS limitation but there are lots of third-party apps which do support Chromecast streaming but it’s not the case with Teewe. 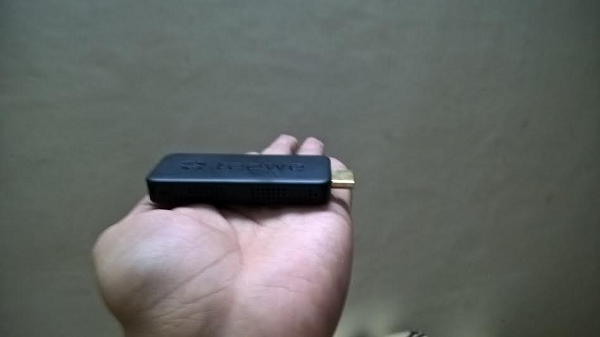 We were able to play some of the popular formats of videos like AVI, MP4, MKV, MPEG, and FLV, we played movies in 720p and 1080p, and didn’t faced any issue, but when we went higher like 2K or 4K, it didn’t played well and we faced lots of lag in video.

Another issue which we faced is that many times app failed to connect with device or disconnects in middle of playback, and if this happened then you are left with only one option, and its close app and switch of device because you do anything unless you do this both wont connect again.

The Teewe 2 is available on Amazon India with price tag of Rs. 2,399, and it do comes with some offers like 20GB of data per month free for three months on Airtel broadband, and two months of free Eros Now subscription.

The biggest competitor for Teewe 2 is Chromecast which you can get by spending more 600 bucks and final decision depends upon your needs like if you are having lots of videos or movies on your phone or laptop then we would suggest you to go with Teewe, yes you can play offline videos on Chromecast but Teewe 2 app makes its dead simple to stream offline contents.

But if you have subscribed to NetFlix or HULU using VPN then without any doubt go with Chromecast, but if you are satisfied with YouTube and Eros as well then you Teewe 2 could be a smarter choice.

Another thing which you might need to consider is the device which you are going to use, if you have Android device then you can use Teewe 2 without any doubt as it allows you to stream local contents, no matter which app has downloaded it, very easily, but things are different on iOS, and due to limitation of iOS you might not be able to stream contents from third party apps but this is possible with some of the apps which supports Chromecast streaming.