Xiaomi has expanded its smartphone series by launching a new smartphone, the Xiaomi Redmi Note 4 under its highly popular Redmi series. Redmi Note 4 is a budget phablet from the company which is currently announced in its homeland, China and hopefully, it will make its way to other regions as well, however the company hasn’t said anything about launching the same phone outside of China. 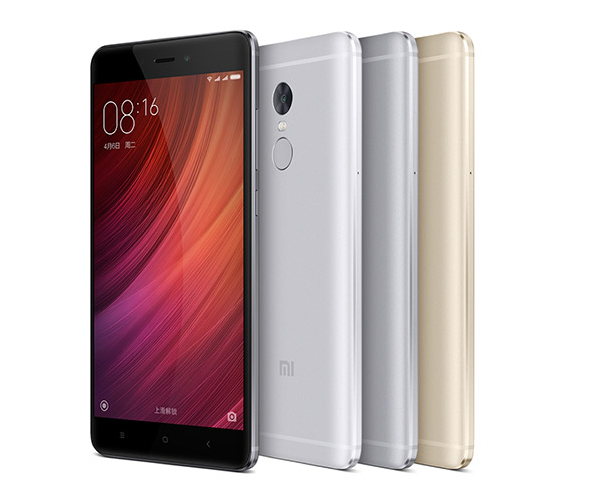 When it comes to specs, Xiaomi Redmi Note 4 comes with a 5.5 inch Full HD display screen which is covered in 2.5D curved glass, under the hood, it is powered by a MediaTek deca-core Helio X20 processor along with 2/3GB of RAM and Mali-T880 MP4, it comes in 16/64GB internal storage variant which can be expanded with a microSD card.

For photography, it features a 13MP at the rear which has autofocus along with LED Flash and there is a 5MP front-facing camera as well for video calls and selfies, for connectivity, it supports IR blaster, GPS, Bluetooth, Wi-Fi, LTE, and USB Type-C with OTG support,and it also comes with a fingerprint scanner placed at the back.

It houses a massive 4100 mAh battery which should be good enough to last two days on average usage and when it comes to software front, it runs on Android 6.0.1 (Marshmallow) with MIUI 8.

There is a full metal unibody construction with brushed metal finish and chamfered edges, the company has made some changes in design language this time and now speakers are moved to the bottom of the device which means audio will not get muffled when you place it on a flat surface.

Xiaomi Redmi Note 4 will be available in gold, silver and gray color variants and price for the same starts from 899 Yuan ($135 or Rs. 9,000) for the 2GB RAM/16GB storage variant, whereas the 3GB RAM/32GB will cost 1199 yuan ($180 or Rs. 12,000), it will be available starting August 26 through Mi store and other online retailers in China, company hasn’t sad when they will launch in other countries.