Recently Samsung has launched its latest flagship smartphone, the Samsung Galaxy S6, at Mobile World Congress 2015 in Barcelona, this was one of the most rumored and awaited smartphone from Samsung. Before its launch Samsung has said that they are building this smartphone from scratch and even they had codenamed it ‘Project Zero’. Samsung has ditched plastic completely and used metal for the first time on its flagship device. 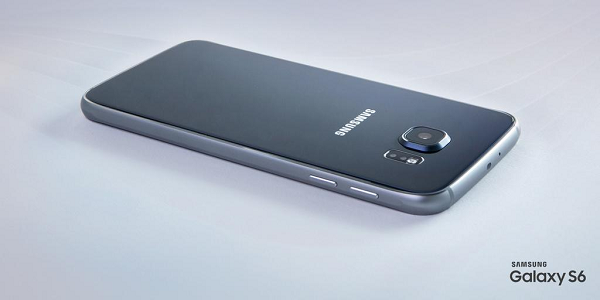 If we take a closer look to the phone then Samsung has nicely done its homework, they have been always criticized of making plastic phone, but this time they have made a phone which looks more premium in hands. But if keep all things aside, there is one challenge which Samsung have to face and its how to convince its users to upgrade to Galaxy S6. Lets check how both phone’s are apart and what makes you to upgrade yourself.

Design is one of the major segment on which Samsung have to work and they did, they had ditched plastic completely and for the first time used metal frame and glass at front and at back of the device which feels more premium than any other Galaxy device.

However for this company has to skipped microSD card slot and removable battery which is quite shocking as Samsung always has edge over iPhone due to these features. Samsung has also confirmed that Galaxy S6 is niether water proof nor dust resistance, though Galaxy S5 was.

Many people are thinking that Samsung has gone too far in terms of design and for this they have skipped some useful features, but when it comes to display, Galaxy S6 surely makes Galaxy S5 looks old. Both devices flaunts same 5.1 inch display screen but when it comes to screen resolution you will find a big difference, where Galaxy S5 has got 1080p full HD with 432 ppi but on Galaxy S6 you will find QHD (2K) Super AMOLED display with mind blowing 577ppi.

I remember sometime back Apple has said that a normal human eye cant distinguish pixels beyond 326ppi, well here I think Galaxy S5 pixels, 432ppi were great and going beyond it is useless.

When it comes to 2K display screen, it means more sharper and clear images and videos on Galaxy S6 but I dont think many of you are going to watch 2K YouTube videos on it, and if you talk about me then I dont think I will watch 2K videos on such a small screen.

Well its true all companies wants their flagship smartphone’s will be shipped with latest and most powerful SoC available in market. For the first time since the launch of Galaxy S2, Samsung has ditched Qualcomm SoC and adopted their own Exynos chipset. Galaxy S5 is powered by octa-core Exynos 5422 chipset (quad-core 1.9GHz Cortex A15 and a quad-core 1.3GHz) whereas Galaxy S6 is powered by octa-core Exynos 7420 (quad-core 1.5GHz Cortex-A53 and a quad-core 2.1GHz Cortex A-57), Samsung has said that this new processor is 20 percent more powerful and consume 35 percent less power.

Samsung has also upgraded RAM also from 2GB to 3GB on Galaxy S6, Samsung also said that they had optimized TouchWiz UI and will be more smoother than ever.

Camera is one of the game changing segment nowadays on smartphone’s, people are ditching their point and shoot camera’s in favor of smartphone which means companies have to work hard in this segment as well.

Last year when Galaxy S5 was launched, it has one of the best camera in its class but later Nexus 6 was launch, iPhone 6, and Galaxy Note 4 hit market, they leave Galaxy S5 way behind in the race.

On paper, camera of Galaxy S6 looks much better but we reserve our final verdict till we test it by our own.

This is the segment where Samsung has degraded Galaxy S6, where Galaxy S5 was powered by 2,800 mAh battery, Galaxy S6 comes with 2550 mAh battery, yes its correct, despite of having higher resolution and faster SoC, Samsung has selected smaller battery.

Well Samsung has said that Exynos 7420 consumes 35 percent less power than its predecessor, and Samsung has also optimized TouchWiz UI which means you will get more life on smaller battery.

This one of the disappointing segment for us, at least for me, Galaxy S5 has 16GB internal storage with microSD card slot for memory expansion but on Galaxy S6 Samsung has gone on Apple’s path and offering non-expandable memory. On Galaxy S6 you have 32GB, 64GB and 128GB memory options.

BBM Will Be Available On Android And iOS For Free