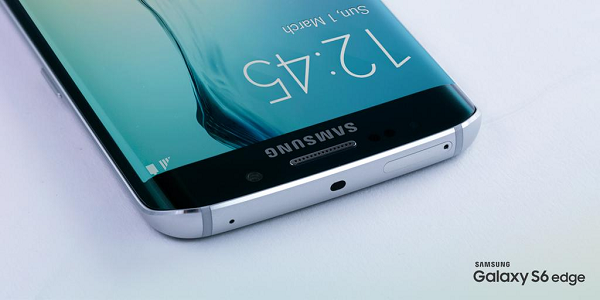 The design language and built quality on Galaxy S6 Egde remains almost the same which we have seen on Galaxy S6, the main difference among both is the curved display screen, however screen size and screen resolution remains the same – 5.1-inch QHD display screen with 2560×1440 pixels resolution with pixel density of 576 pixels per inch.

It is powered by Exynos 7420 octa-core (2.1GHz quad-core+1.5GHz quad-core) chipset paired with 3G of RAM, the curved display screen do comes with compromises like you wont be able to expand its memory, however you have option for 32GB, 64GB and 128GB variants.

If we talk about photography front then its features an 16-megapixel rear camera with f/1.9 lens, optical image stabilization and LED flash which cn also record 4K videos, at front it has got a 5-megapixel camera for selfie lovers, it also included is a 2,550mAh battery with Ultra Power Saving Mode.

Another difference among Galaxy S6 and Galaxy S6 Edge is of battery where Galaxy S6 houses 2550 mAh battery, Galaxy S6 Edge has got 2600 mAh battery which is an non-removable one, it do comes with Ultra Power Saving Mode and wireless charging capabilities, Samsung is also claiming that the battery supports fast-charging, and 10 minutes charging enough for two hours of HD video playback, and charging it for 30 minutes will take the battery from empty all the way to 50 percent.