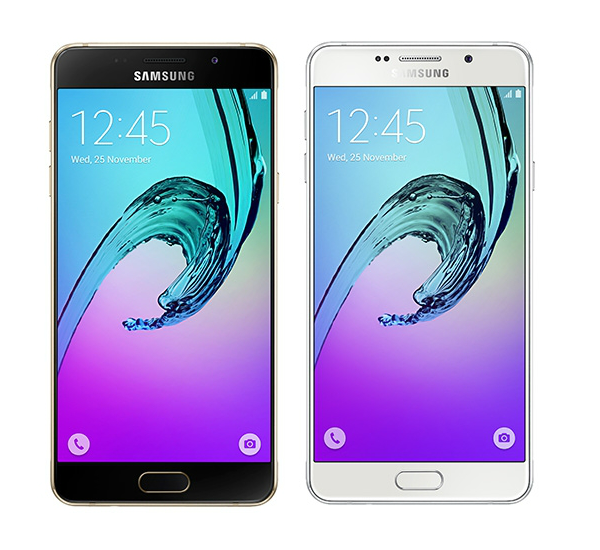 Both of the devices comes with metal and glass build design, which is very similar to what we had seen in 2015 variants of devices. These updated versions come with the new processor and enhanced camera on both of the devices.

When it comes to specs then Samsung Galaxy A5 flaunts a 5.2-inchFHD (1920×1080) Super AMOLED display which is protected by Corning Gorilla Glass 4, under the hood it is powered by 64Bit Snapdragon 615 Octa Core processor clocked at 1.6GHz along with 2GB of RAM and has got 16GB of internal storage which can be further expandable up to 128GB via micro SD.

When it comes to camera front it features 13MP rear auto focus snapper along with LED flash and got OIS for video stabilization, at the front, it has a 5MP front facing camera for selfies, both cameras have got f/1.9 aperture lens which allows you to capture optimum images in the dark environment.

For connectivity it has got support for 4G LTE, Wi-Fi 802.11 a/b/g/n, Bluetooth v 4.1, ANT+, USB 2.0, NFC (UICC, eSE), it also features fingerprint sensor and houses 2,900 mAh battery with fast charging support. When it comes to software front, it runs on Android 5.1 (Lollipop) wrapped under TouchWiz UI.

Obi Python S452 Announced, Has LG G3 Like Back Button And...