Today LG has announced its latest flagship phone LG G2 in India and right after its launch we went hands-on with this device. 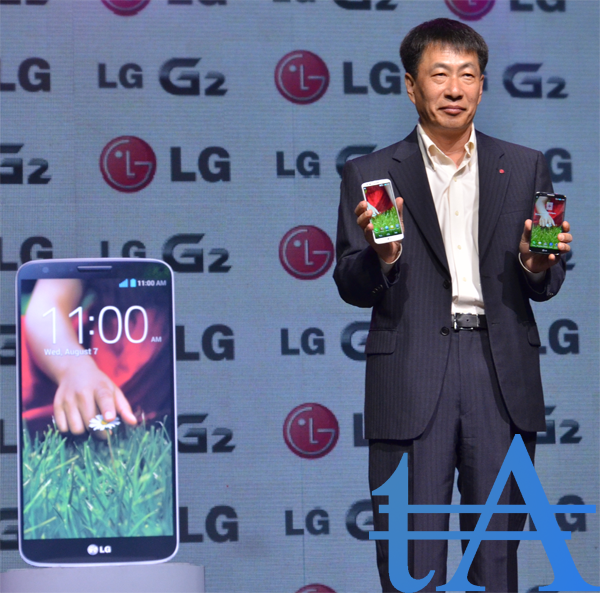 Lets start from display, this smartphone has got 5.2 inch IPS display screen which is almost edge to edge display, it comes with 1080p screen resolution which results 423 pixels per inch. Screen is awesome with great viewing angels. 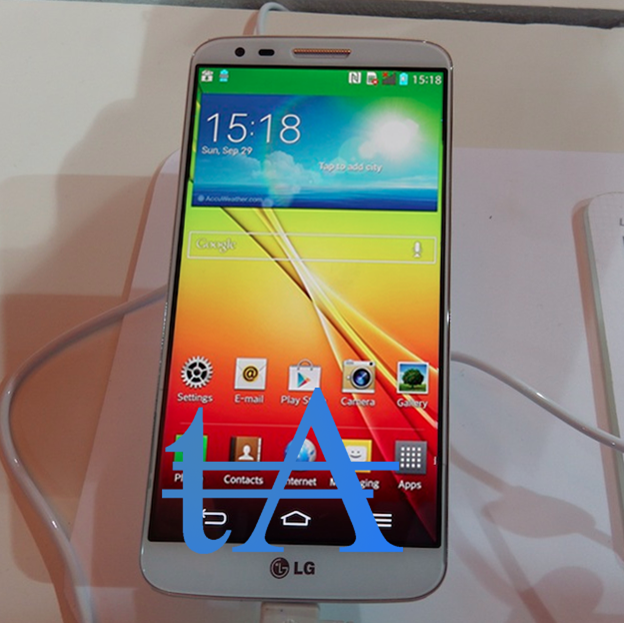 Phone is very thin and that’s why LG has decided to replay its power and volume rocker to back of it, just below its camera. LG has also said that having volume key at back will allow users to control volume more easily while on the call.

Phone is made up of plastic which is glossy and due to plastic phone is very lighter and easy to grab.

At back it has a 13 MP rear camera with optical image stabilization, we try to snap few images and results were very good, we were unable to test it in detail but we will do when we get review unit, at front it has 2.1 megapixel front facing camera and has an IR Blaster.

On software front it runs on Android 4.2.2 wrapped with LG Optimus UI which brings some of interesting features like you can unlock phone by taping on screen, Q-Slide applications, a multi-windows mode and new swipe gesture which enables multitasking.

This phone was the first phone powered by Qualcomm’s Snapdragon 800 SoC, but in India it has been launched after Sony Z1. It also has 2 GB of RAM and houses 3000 mAh battery.

LG G2 is one of the first phone to relay 24-bit audio, it comes in 16 GB and 32 Gb variant and its price starts from Rs 41,500. On paper this phone seems to be a good deal, its pack with powerful processor, nice display scree and camera, we will find about it in detail when will get a review unit of it.