As expected, LG has launched its flagship phone LG G2 in India starting from Rs 41,500. The LG G2 was officially announced last month and it was announced for second half of 2013. 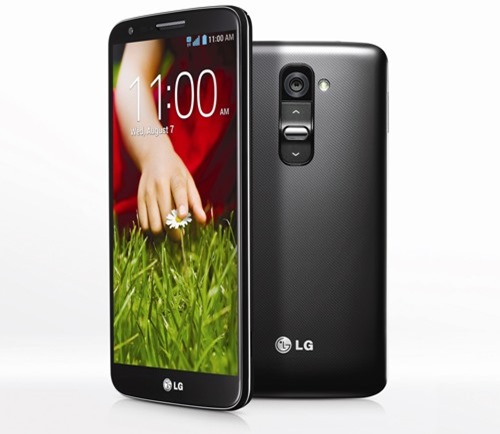 As per specs LG G2 packs with a quad-core Qualcomm Snapdragon 800 CPU ticking at 2.3GHz along with  2 GB of RAM, it flaunts a 5.2 inch IPS screen with a full HD resolution of 1080p, It comes in 16GB and 32GB variant of internal memory. There is no micro-SD card slot for memory expansion.

LG G2 other features are a 13-megapixel camera with optical image stabilization, at front it has 2.1 megapixel front facing camera and has an IR Blaster and it houses a 3,000 mAh battery. It is one of the first smartphones in the world, which will be able to relay 24-bit audio.

LG has redesigned of this device and placed the power button and the volume keys on the back right just below the camera.

On software front it runs on a custom version of Android 4.2.2 Jelly Bean wrapped with LG Optimus UI which means you will gets access to Q-Slide applications, a multi-windows mode and new swipe gesture which enables multitasking. For a limited time LG will be offering Quick Window case for free.