Earlier this week HTC One Max smartphone was available on eCommerce websites and no company has launched this premium phablet in India at rs. 56,490. This phablet was announced last week and from that time there were speculations about Indian launch date. 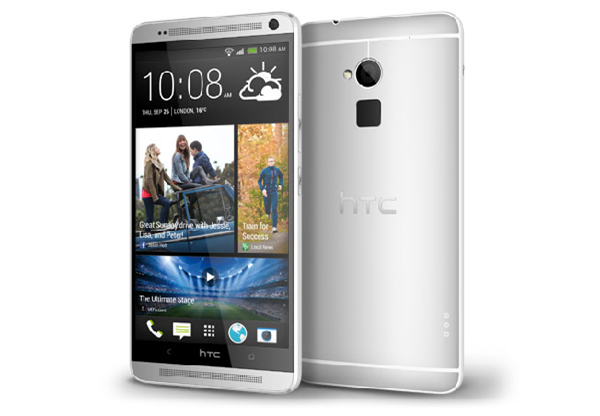 If we talk about specs, HTC One Max has got a huge 5.9 inch Super LCD3 display screen with full HD resolution (1920×1080 pixels), it is powered by a quad-core Snapdragon 600 chipset clocked at 1.7GHz and paired with Adreno 320 GPU along with 2GB of RAM.

At back it has HTC’s own 4 megapixel UltraPixel camera with f/2.0 aperture and 28mm lens, at front it has got an 2 megapixel front facing camera, and BoomSound stereo speakers but misses Beats Audio, it houses a 3,300mAh battery, which HTC claims can provide 25 hours of talktime and up to 585 hours on standby mode. On software front it runs on Android 4.3 Jelly Bean and on top of it has HTC’s Sense 5.5.

HTC One Max has got 16GB of internal storage which can be expandable using a microSD card, it also ships with 50GB of free Google Drive space. For connectivity it has 3G and LTE support, Wi-Fi, Bluetooth 4.0.

HTC One Max carries its design from HTC One but unlike HTC One its has removable back panel and it also comes with finger print scanner like we had seen in iPhone 5S.