Today Honor has launched a new smartphone in China which has dual camera setup at back, the Honor V8 which comes at different variants and price of this smartphone start from CNY 2,299 (which is Rs 23,500 approximately) and the top end variant of Honor V8 is priced CNY 2,799 (which is Rs 28,600 approximately). It will be available in Ceramic White, Platinum Silver, Ice Silver, Gray, Rose Gold and Champagne Gold colors, it will go on sale in China on May 17. 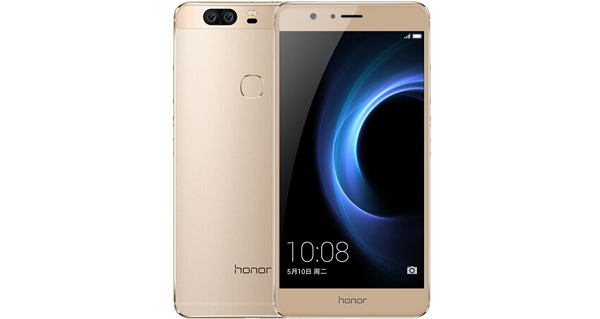 The main talking point of this smartphone is its dual camera setup at the back, it has got 12MP dual-camera, and come with 6-element lenses which have f/2.2 aperture, and dual-LED flash, for selfie lovers, Honor V8 has got an 8-megapixel camera with f/2.4 aperture at the front.

When it comes to specs, Honor V8 comes with 5.7-inch FHDor QHD display variants, under the hood, it is powered by Huawei’s top end Kirin 950 octa-core processor and 4GB of RAM and comes in 32GB/64GB built-in storage for the HD and QHD variants respectively, you can expand its memory further up to 128GB via Micro SD card.

For connectivity, it supports dual-SIM, LTE, Wi-Fi, Bluetooth 4.2, USB Type-C and GPS, it houses a 3,500mAh battery and it does have support for fingerprint reader which is placed at the back of the device.