As we were expecting, Fossil has announced there new wearable, the Fossil Sport which is the new smartwatch from company which runs on WearOS. From sometime we were getting news regarding the Qualcomm’s wearbale chipset, the Snapdragon Wear 3100, earlier it was said to be exclusive for smartwatches but later on it was said it can be used in other wearable as well and Google could be the first to use it in its Google Glass but that doesnt happened. Now Fossil has used it in its Fossil Sport smartwatch which is the first affordable smartwatch to come with Snapdragon Wear 3100, earlier we had seen this chipset in Montblanc Summit 2, which cost over $900. 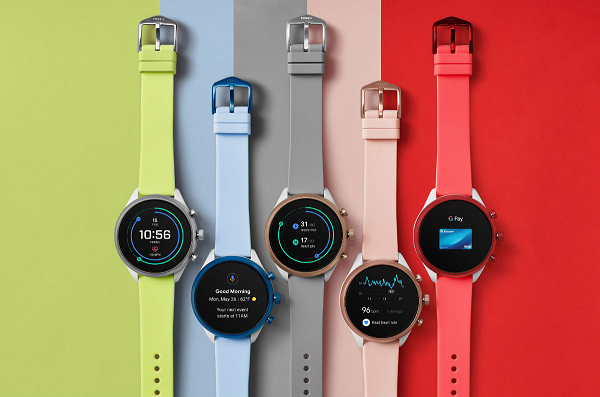 The price of Fossil Sport starts at $255, and it will be available in two different sizes with one being 41mm and the other being 43mm, it features full circle touchscreen displays (exact size is not known at the time of writing this story), it comes with 350 mh battery which is said to survive full day on single charge.

For connectivity, it comes with NFC and GPS as well. It has a magnetic charging mechanism, and interchangeable straps in 18mm and 22mm sizes. There are wide range of silicone straps (28 in total) that are interchangeable and are water-resistant. It comes with some apps like Spotify and Noonlight, an emergency app, pre-installed in it.

If you put up in New York, then you have a chance to see it live as company has put up and koisk at 138 Wooster St from 10 AM to 7 PM, between November 9th to the 11th, and not only this, you can buy watch and its straps, and if will be lucky then you could win some prizes as well.

If you want to go for this smartwatch then you can buy it from Fossil online or offline stores with price starts at $255.