As expected today Samsung has launched its latest flagship smartphone which is mainly targeted to business class, the Samsung Galaxy Note 5. Originally company has launched this device couple of week back in an unpacked event, and its nice to see that Samsung has decided to bring its flagship device to India in such a short span of time, which shows how company is treating Indian market now. 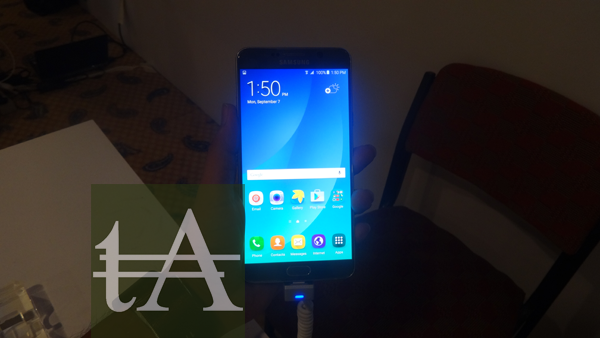 We had attended the launch event today and we got some time to play with the device and after playing with it for around 2 hours here is our first impression with the device.

When it comes to design and build, Samsung Galaxy Note 5 looks very similar to Galaxy S6, which means if you loved the design of Galaxy S6 then you will love design of this phablet as well.

When you hold this device in hand it looks very sturdy as there is a metal frame which holds this device and gives a premium look to it, however the front and back of this device has glass which might not please some of you, like when it comes to me, I loved the leather back panel on Note series which I was missing here. 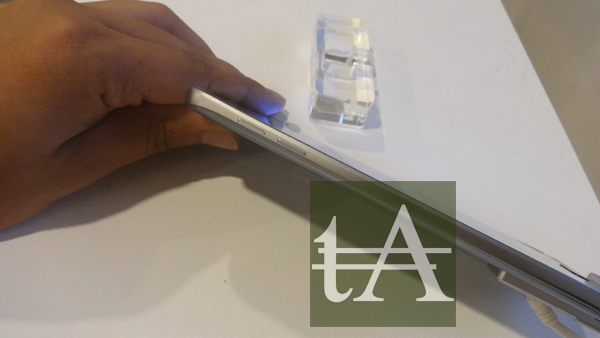 When it comes to connectivity and ports, Samsung hasnt made any changes here, you will find volume rockers on the top left corner of the device, they are metal button which gives you nice feedback. 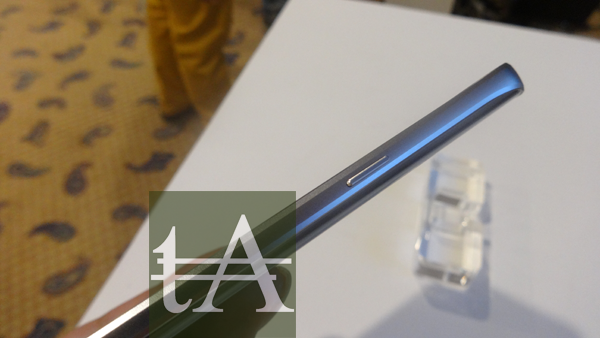 On right side you have your power and sleep button, again its metal button which is going to you nice feedback over the usage. 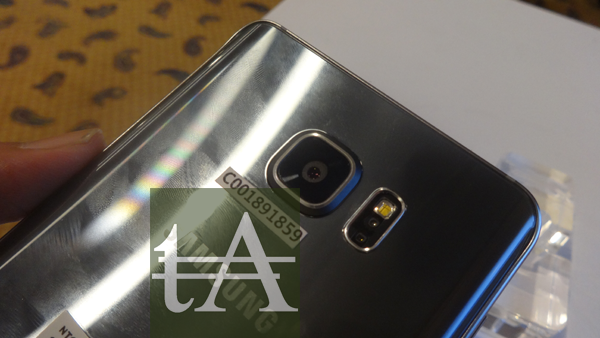 At the rear of the device you will find the same camera, its 16MP rear camera with OIS, f/1.9 aperture and phase detection which can record 4K videos and slow motion videos as well. At back you will also find a LED flash and a heart rate sensor. 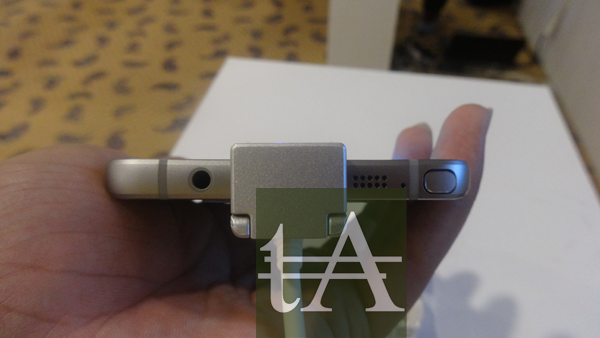 At bottom you have your speaker grill and primary mic, 3.5mm Audio jack, as speakers are placed at bottom so audio will not get muffled even if you place it on flat surface. 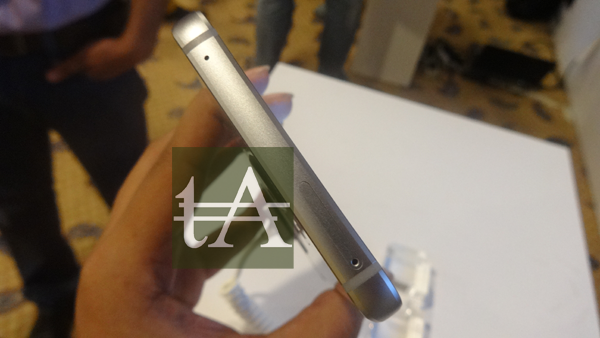 At top you have your SIM slot and secondary mic for noise cancellation. Samsung has only launched single SIM variant in India and as of now company hasnt said anything on launching dual SIM variant launch. 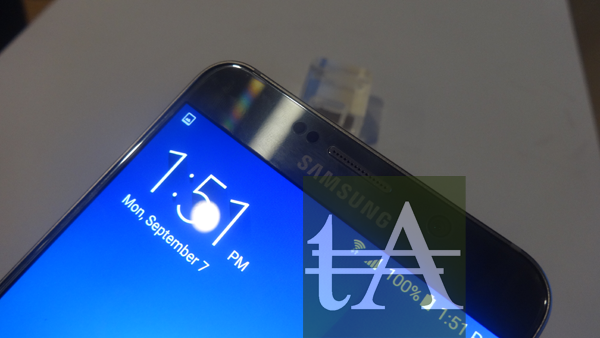 At front it comes with an 5.7-inch Super AMOLED display with a QHD (2560x1440p) resolution and a 515 ppi pixel density. Just above display you have your 5MP front facing camera along with nice metallic earpiece and some sensors. Below screen you will find your Home button which also houses your finger print sensors, along with this you have two touch capacitive button. 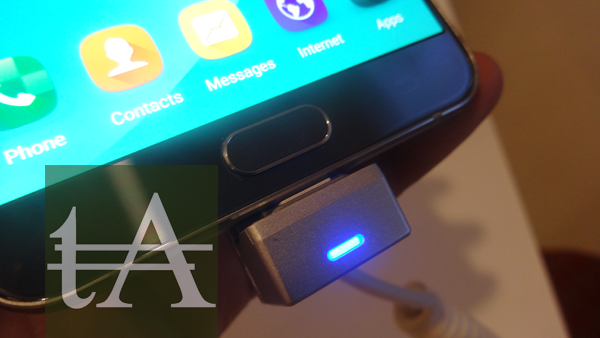 When it comes to under the hood features then Samsung Galaxy Note 5 has got an 2.1 GHz octa-core Exynos 7420 processor along with Mali-T760 MP8 GPU and a massive 4GB of RAM. For connectivity it has got WiFi, Bluetooth, 4G/LTE, NFC, GPS and Micro USB. It comes in 32GB and 64GB variant.

Samsung Galaxy Note 5 comes with an 5.7-inch Super AMOLED panel with a QHD (2560x1440p) resolution and a 515 ppi pixel density which is very sharp and crisp. In our test we found that display provide nice viewing angles even when you view from extreme angles as well. 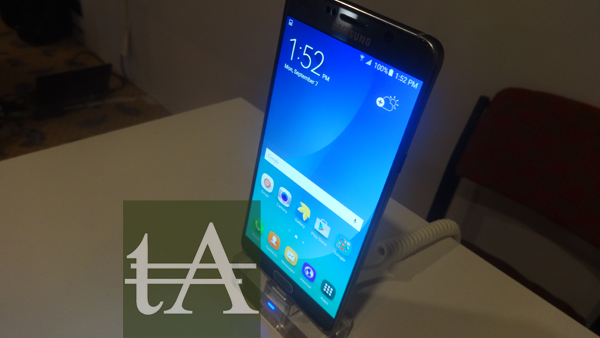 Touch response of Samsung Galaxy Note 5 is also very good, you can navigate through screen without any issue.

When it comes to software front the Samsung Galaxy Note 5 runs on latest version of Android which is Android 5.1.1 Lollipop wrapped under companies own TouchWiz skin which not only looks good but also adds tons of features.

In our usage we found that Samsung Galaxy Note 5 has lots of preloaded apps from third party which companies has included.

As it comes with S-Pen and company has included some nice Air Command features which adds more value to the device.

Here as well, Samsung has included the same camera which we has seen on Galaxy S6, it has got 16MP rear camera with OIS, f/1.9 aperture and phase detection which can record 4K videos and slow motion videos as well. It comes with several mode like video collage, slow motion, panorama, live streaming and much more which adds more value to the device, you always has the option to download more modes.

At front you have 5 MP front facing shooter, in our test we found both camera taking nice amount of images with great details, we will be able to share more information when we have our review unit.

All thanks to 2.1 GHz octa-core Exynos 7420 processor along with 4Gigs of RAM we didnt found any lag while opening of apps or while switching between them, however we would like to say in our limited time we only be able to test it on limited number of apps.

Here are some benchmark scores :-

When we are talking about Samsung Galaxy Note series and if we dont talk about S-Pen then its not fair, like every year, Samsung has improved S-Pen this time as well, now a new push to eject mechanism has been added which allows you to eject S-Pen by pressing an eject button on it. 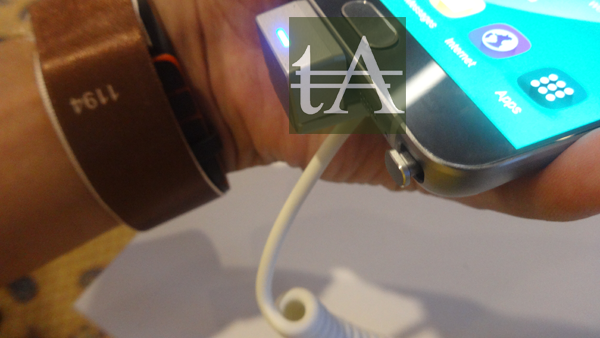 If you want eject S-Pen while screen is blank then also you will be able to take notes, this comes very handy if you want to take quick notes, now you can add up to 3 favorite shortcuts to your S-Pen command, if you want to share a whole webpage with your friend or want to save it then also you can do this by taking snapshot of full page. Overall S-Pen has been improved and now it comes with more features

We would say Samsung played very smartly and they had build a great looking smartphone which has great looks, good build quality and nice display. However we still miss leather back panel, here the glass back panel looks good but it invites lots of finger prints.

There are some downsides as well like Samsung has missed out Micro SD card slot, it has only single SIM slot and 3000 mAh battery is not enough for such a big device which has QHD screen.