Today as expected, LG has announced their latest offering in smartphone section, the LG V20 which is the update of last year launched LG V10, this smartphone was already available in some retail stores in India. LG has announced V20 back in the month of September and now finally it is launched in India, back at the time of launched, it was the first smartphone which came with Android Nougat right of the box. 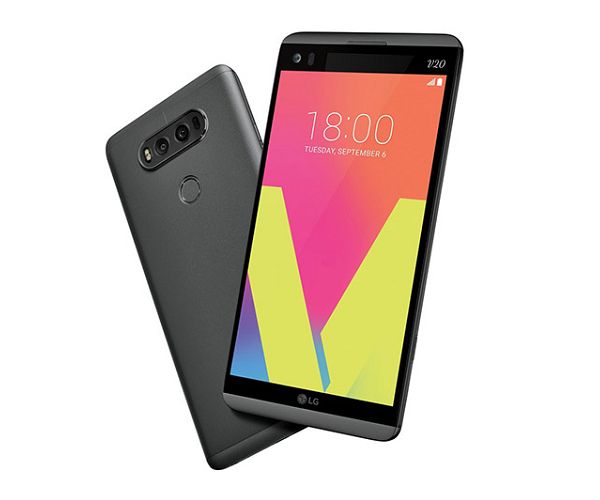 On of the talking point of LG V20 is its audio segment, and for this LG has partnered with B&O, there is a 32-bit quad-DAC which lets you get studio quality audio from it with the need of any external amplifier, not only this there are High AOP microphones in it which lets you capture rich 24-bit audio with active noise-cancellation.

When it comes to specs, LG V20 comes with a massive 5.7-inch Quad-HD (2560×1440 Pixels) Quantum IPS display with a small 2.1-inch (160 x 1040 pixels) secondary display placed just above it, this secondary display can be customized to show notifications, shortcuts as well as app icons, and the display is protected by Corning Gorilla Glass 4.

When it comes to the camera front, it features a Dual camera setup, the main camera is of 16 MP with f/1.8 aperture, the second one here is 8 MP with f/2.4 aperture, it is wide-angle with a 135-degree field of view, the main camera do support optical image stabilization, and also comes with hybrid autofocus which uses combination of phase-detection autofocus, laser-assisted autofocus and contrast based autofocus. At the front, it comes with a 5MP front-facing camera for selfies. You can record 4K video from rear snapper with manual control.

For connectivity, it supports dual SIM, VoLTE, LTE, WiFi, Bluetooth, GPS, NFC and a USB Type-C, here on LG V20 you will also get fingerprint scanner at the back, placed just below your camera module. It houses a 3200 mAh battery which supports fast charging, and on the software front, it runs on Android 7.0 Nougat wrapped under LG UI.

The LG V20 is already available for Rs. 54,999 (MOP) in India across several offline stores, Amazon.in is the exclusive online partner for LG V20. LG is providing B&O headset within the box along with a back cover, and you will also get 6-months free screen replacement.

Honor 7i With Rotating Camera And Fingerprint Scanner Launched