Recently OnePlus has launched its latest flagship smartphone, the OnePlus 3, between there were so many rumors and leaks that this launch event was just a formality. If you want then after few minutes you can buy this one of the most leaked and rumored smartphone from Amazon India, and as OnePlus has announced, unlike OnePlus One, OnePlus 2 and OnePlus X, you don’t need any invite this time to buy OnePlus 3. 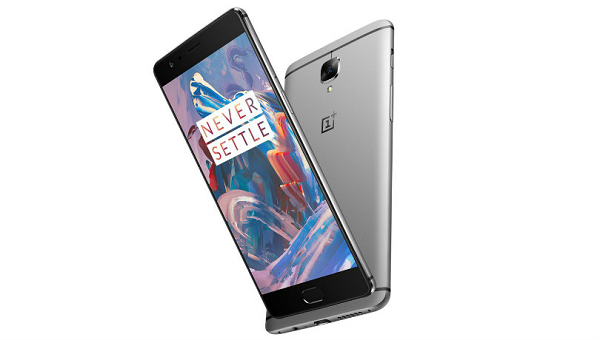 OnePlus is bundling some exciting launch offers for India customer like 12 months free accidental damage protection with OnePlus Care, a years Double Data for Idea users, one year of Saavn Pro membership with unlimited downloads and streaming and Rs. 500 worth Amazon Kindle credits.

When it comes to camera front, it features a 16MP rear snapper with laser autofocus, PDAF, dual tone LED flash, f/2.0 and both Optical Image Stabilization and Electronic Image Stabilization and 4K video recording support, for selfie lovers there is an 8MP front-facing camera as well. It houses a 3000mAh battery with Dash Charge, which is nothing just the improved version of Oppo’s VOOC charging and let you charge your device much faster.

For connectivity, it supports WiFi, Bluetooth, GPS, NFC, LTE, and USB Type-C. When it comes to software, it will run on Android Marshmallow-based Oxygen OS, and it is available for the price of Rs. 27,999.