Motorola Moto G series is one of the best selling budget smartphone which is available in market, right from the first variant its top choice of users who looks for features and brand value in smartphone. Now Motorola has launched third installment of this device and again it has features, good build quality and its great value for money device which you can get at this time.

We are using this device from coupe of weeks and now after using it for good number of days here is our full review with the device. So lets get started :- 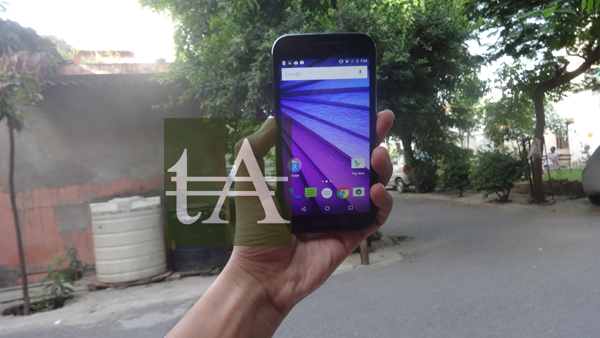 When it comes to design language nothing major happened here, it failed to stand out in crowd if we talk about design but yes it feels pretty solid and good when you hold it in hand. Curve build of device makes it easy to hold and provide better grip to the device. 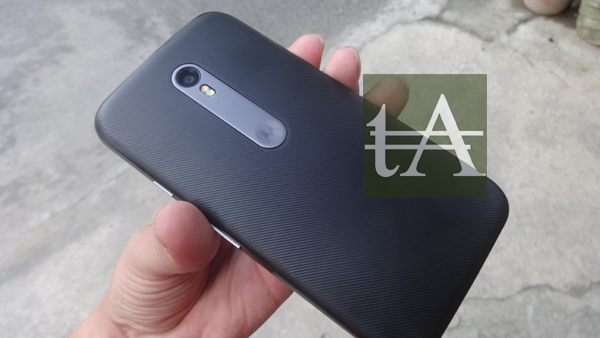 You will find a textured back panel which again helps you to make better grip with the device, there is a metal strip at back which hold your Camera, LED flash and Motorola Logo, apart from doing this it also adds beauty to the device. 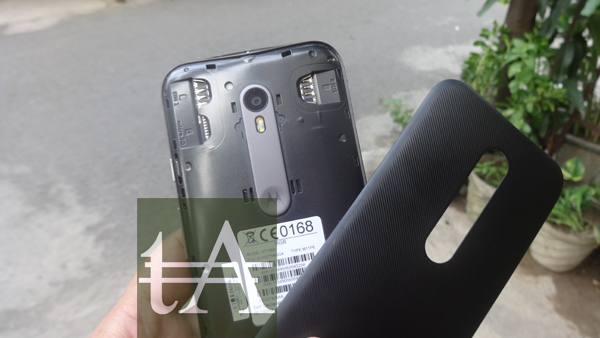 The back panel  of this can be removed but battery is sealed inside to make device water proof and it has IPX7 rating, its one of the main USP of this device as no other device comes with this feature in this price tag. When you remove back panel you will get access to dual SIM slots and a micro SD card slot. 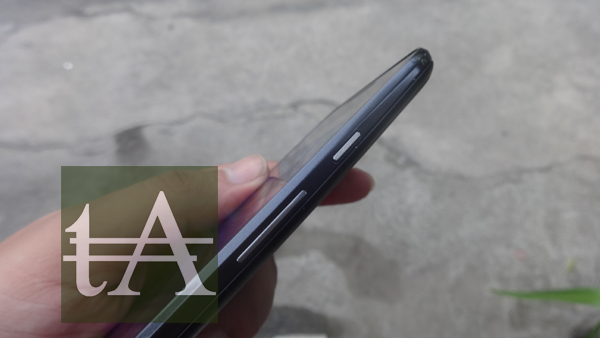 When it comes to connectivity and ports then on right side you have your power and sleep button followed by your volume rockers, both are metal button and gives nice feedback to you. 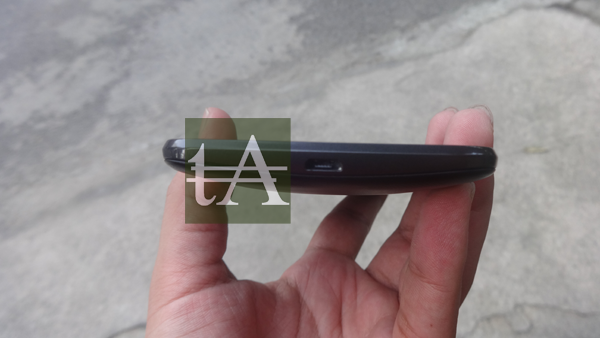 At bottom you have Micro USB for charging and data transfer, there is primary mic as well at the bottom side of the device. 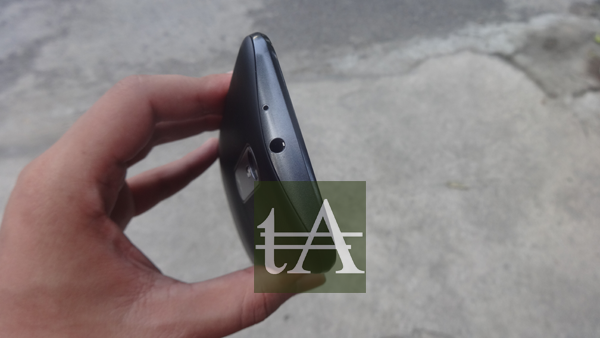 There is nothing of the left side, and at top you will find 3.5mm audio jack for your headphone and there is secondary mic as well for noise cancellation. 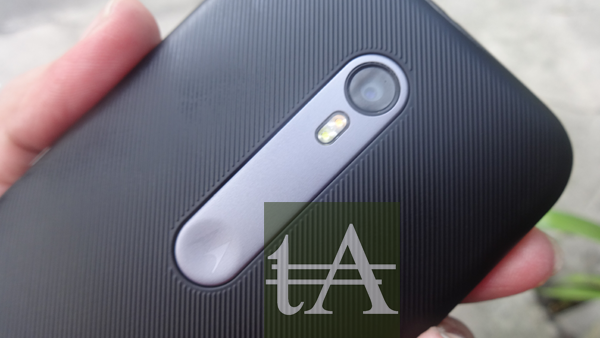 At back you have your 13MP rear camera with dual LED flash and Moto logo, apart from this back panel is clean and has nothing. 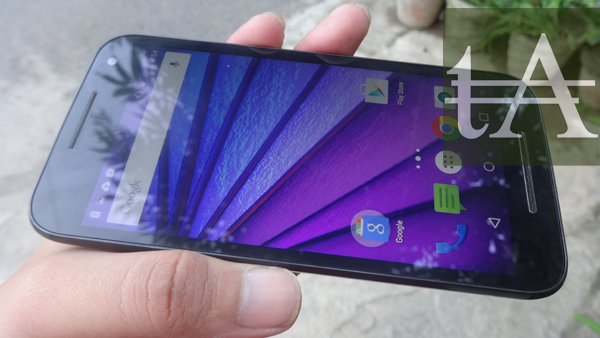 The front side of the device is occupied by the screen and it has excellent screen to body ratio, it has 5inch HD screen which might feel low to you as you can get Full HD screen at this price, but HD screen is not bad at all.

Right above screen you have 5MP front facing camera, and ear piece, and at bottom of the device you will find speaker grill, as speakers are placed at front so audio will not get muffled even if you place it on flat surface.

Under the hood it is powered an Snapdragon 410 quad-core processor clocked at 1.4GHz along with Adreno 306 GPU, it comes in 8GB which features 1GB of RAM, and the 16GB features 2GB of RAM, you always have option to expand memory up to 32GB via micro SD Card, our review unit was 16 Gigs variant. For connectivity it comes with all necessary options like WiFi, LTE, 3G, Micro USB, Bluetooth and GPS.

Motorola Moto G3 comes with 5 inch HD display screen which is quite vibrant and gives decent viewing angles to you, yes there are Full HD screen phone’s available but Moto G3 screen was no less here as well. In our test we never found any pixelation on the screen, even under direct sun light screen responded very well. 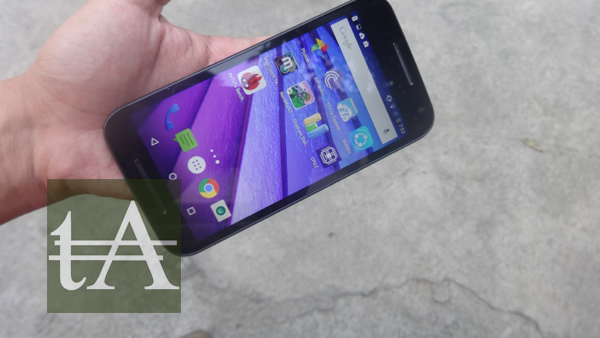 Display is protected by corning gorilla glass 3 and finger prints are also no so much visible on it. We found this year’s Moto G is brighter than last year as it has 449 nits from 390 nits last year. Colors are very much decent on the screen and contrast is good for price you are paying.

It also comes with Moto Display feature which shows your notification on the lock screen without waking it up, as most of us unlock our phone many times just to look time, here device detect when you pick it up and it automatically shows the information with any of your intervention, however we detected that even a small movement will activate this feature and it will show your notifications.

Nowadays its almost impossible to find a stock Android on any smartphone available in the market, manufacturer pre-install lots of apps into the device just to make some extra bugs but I am a huge fan of stock Android and love any device which comes with pure Android flavor. Motorola Moto G3 comes with almost stock Android feel, it comes with Android 5.1.1 and company has added some of its own app like Migrate and Moto which are useful apps and lets you migrate your old device data to the new one. UI was pretty smooth and we didnt faced any issue with it.

Motorola hasnt made any big change when it comes to camera UI, its almost the same which we had seen in earlier versions, by default camera support auto focus means all you need to do is tap over screen and it will snap an image for you, swiping from the edges either brings your settings or gallery.

While we are not going to compare its camera with iPhone 6 or Samsung Galaxy S6, but its worth of saying that Motorola has done a good job here, Motorola Moto G3 comes with a 13-megapixel rear camera with a f/2.0 aperture lens and a dual-tone LED flash, its the same which you might find in top end smartphones. Dual tone flash here ensures that you get natural colors even in low light.

While taking images we found it capture images very quickly however HDR mode do takes couple of seconds but its worth of it.

Images clicked using this camera are sharper and rich in colors and details when lights were adequate, images taken indoors are nice details but colors are not that much rich.

Its camera is capable of recording full HD videos and slow motion videos at 720p, however slow motion video has some grains even when its shot under day light. Front camera is very much decent for selfie lover and we dont think you can expect more in this price. 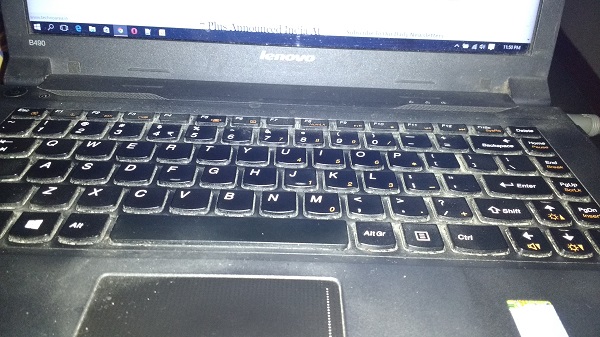 Motorola has increased the battery power in this year variant and now its 2470 mAh as compared to 2,070 mAh which we had seen in last year’s variant. and 2470mAh is pretty good for 5 inch device which has HD screen.

To test we played an HD video in loop with 50 percent brightness and it lasted for 10 hours and 12 minutes which is pretty good.

With this battery you can easily survive for more than a day, even two days if you are an average user, we were able to get a day with this battery when were having three mail accounts, watched YouTube videos, played games and WiFi was on for half a day.

Performance of Motorola Moto G3 is pretty good, we played HD games like Asphalt 8 and other like Blood and Glory, and Frontline Commando, all went smoothly, however after playing games for 30 minutes we didnt faced any heating on this device as well.

Here are some benchmarking test results :- If you want a smartphone to impress other by its looks then we dont think Motorola Moto G3 is thr right device but if you want a feature rich device which has stock Android feel, great battery, nice display, good build quality and yes its waterproof as well which you cant find at this price and for this its still one of the device which we recommend to you in this price.