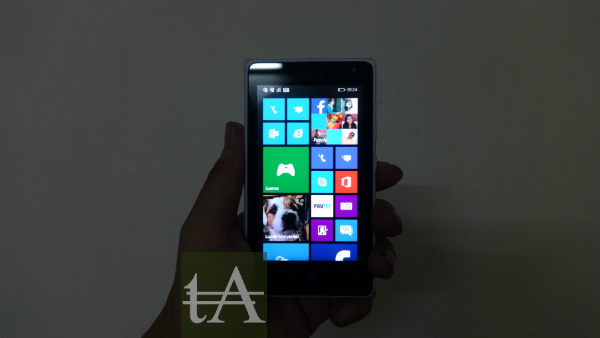 Microsoft Lumia 532 comes in a slim box, and when you first unbox it, you will find following contents inside the box :-

There is no USB cable bundled in the box, so you have to buy it separately. 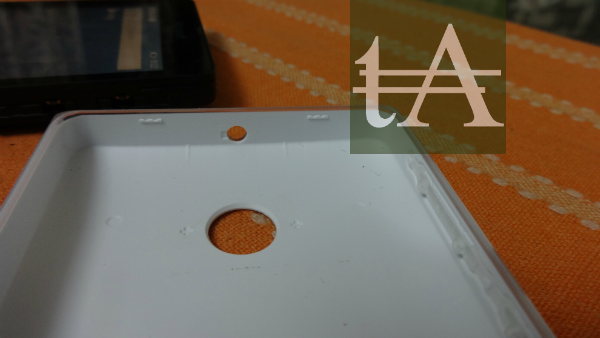 Microsoft Lumia 532 comes with dual-shoot design which runs all across its body, and at back you will find matte finish which provides extra and better grip to the phone and it wont slip out of your hand very easily. What we like here is it has sharp edges which are made by a transparent plastic frame wrapped around a white thin strip. The plastic back panel on this device is much better than what we have seen in other devices available in same price tag. 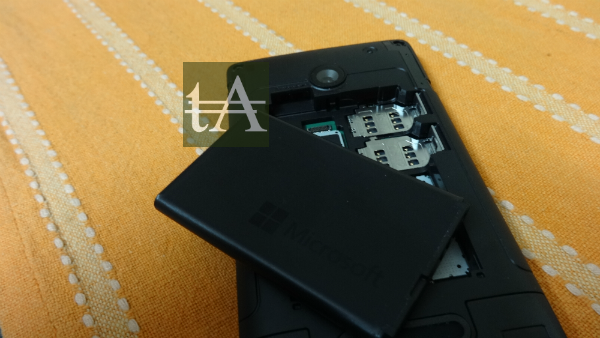 The back panel can be removed but its little tricky, you should read instruction carefully before making your hands dirty, hopefully Microsoft will come up with some other better technique in future. Once you remove this device, you will have access to your battery which is a removable one, dual SIM slots, both will your micro SIM, and Micro SD card slot. 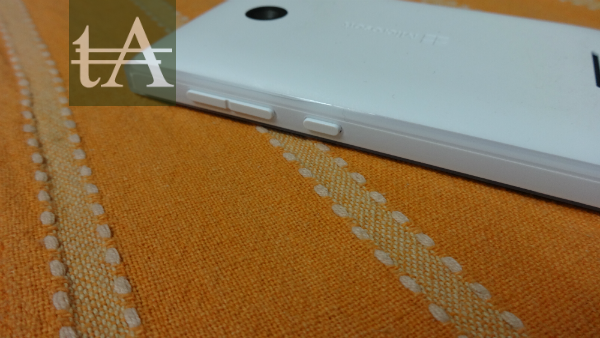 If we talk about connectivity and ports, then on right side you will find volume rockers followed by your power and sleep button, these are plastic button and will give good feedback to you. One thing which we liked on this buttons is that volume rockers has a little separator which makes it looks like these are two buttons not the single one. 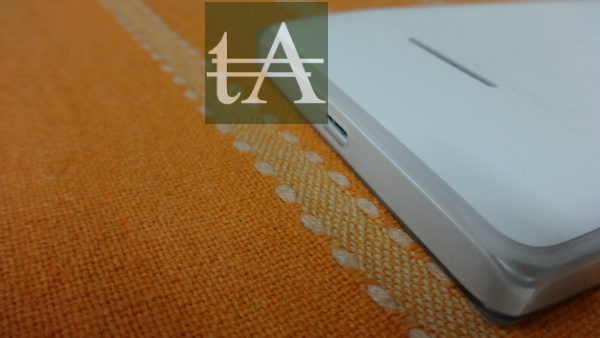 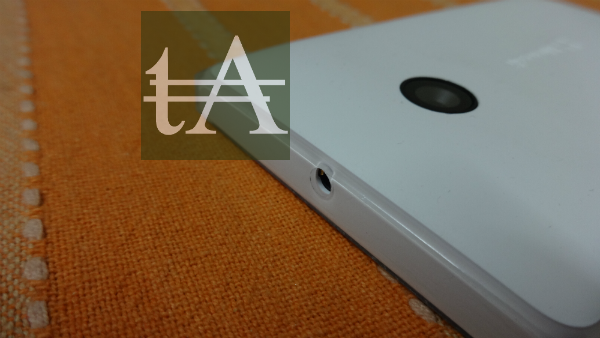 At back of the device you will find a 5MP fixed focus camera which misses LED falsh, we will talk about this in camera section. 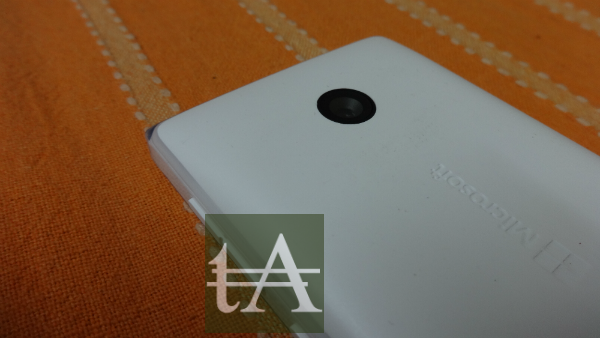 Microsoft Lumia 532 comes with an 4 inch LCD display screen with screen resolution of 480×800 pixels which result in 233ppi, screen resolution in not that much great and viewing angles are also not so good on this device, but I am sure you are not going to watch movie on this device with bunch of friends sitting around you, if you view screen from front then there is no problem. Colors and text appears sharp on the screen and its smooth as well, you can swipe from one screen to other without any problem. It works Oay Okay under sunlight and you can view text in daylight, but dont expect much. Typing experience on such a small device is also very good.

Thanks to Microsoft for making Screen Glance and Double Tap work on this phone, Screen Glance will show all notification on your lock screen which ultimately save your battery and now you dont have to lock and unlock screen to view whats new has arrived on your phone.

If we talk about under the hood features of Microsoft Lumia 532, then it is powered by 1.2 GHz Qualcomm Snapdragon 200 Quad-core processor along with 1GB of RAM, this Snapdragon 200 SoC supports up to 720p screen which Microsoft could have implemented here.

It comes with 8GB of internal storage which can be expandable up to 32GB via MicroSD card. It houses a 1560 mAh battery which can be removed. And for connectivity it supports WiFi, Bluetooth, GPS, 3G, Dual SIM and Micro USB.

Software Or OS of Microsoft Lumia 532 :-

Microsoft Lumia 532 runs on latest version of Windows Phone OS, the Windows Phone 8.1 Denim update and company has promised that it will get Windows 10 update once its ready to roll, its nice that company is providing latest update to you, even on budget smartphone.

Home screen looks good on this device, and live tiles on a budget smartphone does adds value for company and users as well. On your first boot you will find bunch of apps which comes pre-installed on this device like BBM, Facebook, Foodpanda, Gameloft Hub, Jabong.com, Paytm, Redbus.in, Star Sports, TrueCaller and some other which might be useful for some of you but for us, its simply a bloatware and takes space on the device.

We do like some of company’s apps like Lumia Camera, Lumia Selfie, Lumia Storyteller, Lumia Cinemagraph, Lumia and Creative Studio which are also the part of pre-installed apps but these are very helpful for you.

Microsoft Lumia 532 comes with a fixed focus 5MP rear camera which do shoot decent images under sunlight, but as it misses flash so you will find noise if you take images under artificial lights. It also does not support tap to focus which means it will capture images without focusing on subject.

Images shoot under sunlight comes quite sharp and colors also seems nice, you will find some noise on images if you zoom into it. I am happy that Microsoft has at lest provided front facing camera, although its VGA but its OK.

Here are some sample images which we have shoot with it :- Microsoft Lumia 532 comes with 1560mAh battery which doesnt seems huge on paper, but Windows Phone OS, WVGA resolution display makes it better, in our above average usage we were able to use it for a day without any problem.

Performance of Microsoft Lumia 532 is quite good, event its far better than many Android device. Its OS which makes much difference and UI is very smooth on this device, you can swipe from one screen to other very easily.

Dont expect to play heavy games on this device, we did played games like GT race 2 and found frame drops and some lags, but if your work only include web browsing, some social media apps and calling then it wont lag at all. Also while using this device we never faced any heating issue.

If we leave camera part then this device do looks good and it can be your first smartphone which provide good value for money.