Earlier this year LG has launched its latest flagship smartphone, the LG G4 which comes with several enhancements and features, at that time company has launched it with leather and polycarbonate back panel which is available in different color variants, but now company has launched a new variant and this time its metallic black variant featuring hammer-crafted metal back. 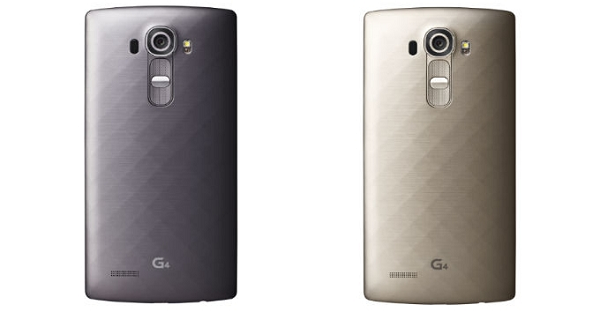 Just to remind you the specs, LG G4 flaunts an 5.5-inch QHD IPS ‘Quantum’ display with screen resolution of 2560×1446 pixels means pixel density of 534ppi, screen is protected by Gorilla Glass 4, the toughest glass available in market as of now, company also claims that screen is 25 percent brighter, and offers 50 percent higher contrast than its predecessor.

Under the hood, it is powered by Snapdragon 808 hexa-core SoC ticking at 1.8GHz along with Adreno 418 GPU and 3GB of RAM, it also includes 32GB internal storage which can be further expanded up to 128GB via a microSD card.

LG G4 comes with 16MP rear snapper with laser autofocus, optical image stabilization, dual-tone dual LED flash and f /1.8 aperture, at this aperture, sensor will be able to capture more light into it and at the end you will get good image under low lights. LG has also added a new color sensor which analyze the environment capture the most accurate colors, it can also record 4K videos, and short panaromas of up to 104-megapixels.

Manual Mode allows photographers the ability to exercise more artistic expression by letting them directly control the focus, shutter speed, ISO, exposure compensation and white balance for every shot. Advanced photographers can also save their photos in RAW format, in addition to JPEG, for more precise editing with no loss of details, for selfie lovers you have 8MP camera at front.

LG G4 houses a 3000 mAh battery which support wireless charging and good part is that unlike most other flagship devices, here you can remove battery and change it, LG has also added fast charging mode to it and now it can charge up to 60 percent in just about 30 minutes.

For connectivity, it has got LTE Cat 6 support, Wi-Fi 802.11 a/b/g/n/ac, Bluetooth 4.0, A-GPS, NFC, and IR blaster. In terms of software, LG G4 runs on Android 5 Lollipop wrapped under UX 4.0, it do comes with some useful features like KnockCode, and Knock On, Smart Alert, Smart Board, and camera-centric apps like Quick Shot and Expert Camera. Company has said that it has kept the amount of bloatware as minimal as much they can.