Last year Intex Mobile has launched Aqua Power which comes with a massive battery of 4000 mAh, soon after it company announced another device, the Intex Aqua Power HD and now company has launched another device in the same line, the Intex Aqua Power+ which too comes with massive 4000 mAh battery and initially it will be available exclusively via Reliance Stores at the price tag of Rs. 8,999. 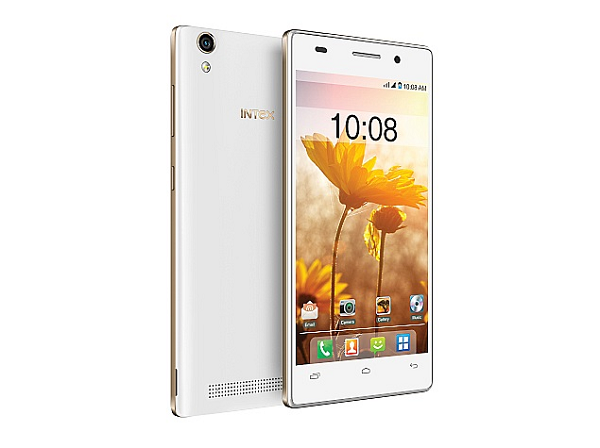 The talking point of this device is its 4000mAh battery to which company claims can provide talk time of up to 20 hours along with a standby time of 500 hours, which is more than enough for normal usage. In terms of software, it runs on Android 5 Lollipop and company has also said that it do support gestures which means you can control device without touching its screen. It also comes with bunch of preloaded apps like Sashakt, One Drive, ASK ME, Flashlight, Intex Play, Intex zone, OLX, Go to reach service, News hunt, FOTA, Matrabhasa, Native Browser, Clean master Maxthon browser, Truecaller, Lets Buy Intex, Intex services.

If we talk about its specs then Intex Aqua Power+ flaunts an 5-inch HD (720×1280 pixels) IPS display, under the hood it is powered by a MediaTek MT6582M quad-core processor clocked at 1.3GHz paired with 2GB of RAM and also includes 16GB of internal storage which can be further expandable up to 32GB via microSD card.

For photography front it features an 13MP rear snapper with LED flash, and at front it has got a 5MP front facing camera for video calling., for connectivity it has got Dual SIM, WiFi, Bluetooth, GPS, and Micro USB.

Intex Aqua Power+ will be available in four premium colours – Black+Champagne, White+Champagne, Champagne, Black+Silver, and it will come with a smart flip cover for free.

Commenting on the launch, Mr. Sanjay Kumar Kalirona, Mobile Business Head, Intex Technologies said, “The upgrade Aqua Power + is another addition to the Aqua series. The Aqua power + is a great smartphone boasting vivid display, excellent battery backup, vibrant picture excellence at an incredible price point. At Intex, it is our determination to persistently understand and deliver to our customer expectations.”