Yesterday Taiwan based company, the HTC has launched their two smartphone’s here in India, the One M9+ and E9+, however we all were expecting HTC to launch its flagship device the HTC One M9 in India but for our surprise company announced upgraded version of flagship device, the HTC One M9+, and at launch event we got some time to play with the device and after playing with device for an hour we can say its an almost perfect phablet which you can buy at this time.

In terms of design, HTC hasnt made any significant changes if we compare it with other flagship devices of HTC, here HTC has introduced two-tone look design where you will find silver finish at the back and golden/bronze finish on the sides, and the unibody design is a more curvier than before. 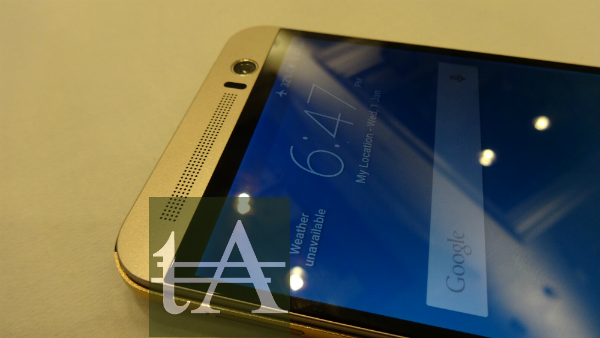 At front you will find 5.2 inch 2K Super LCD3 capacitive display, screen is being protected by Corning Gorilla Glass 4, just below you screen you will find all new home button which also feature all fingerprint scanner. Above your screen you will find an 4 UltraPixel camera with BSI sensor and has aperture of ƒ/2.0, and it can record full HD video of 1080p HD. 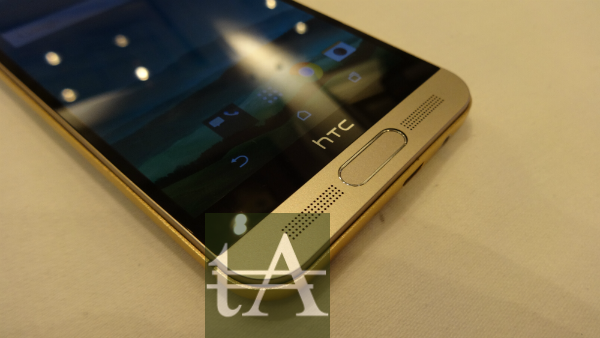 HTC has also enhanced its BoomBar and now it supports Dolby Audio surround sound which gives much richer and enhanced audio experience to you. 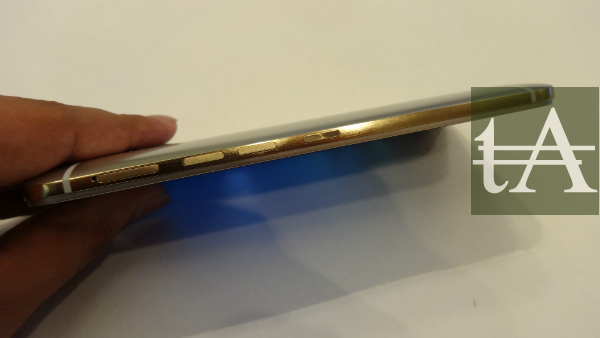 If we talk about connectivity and ports on this device then right side of the device you will find bunch of buttons which are volume rockers followed by your power/sleep button, all are sliver buttons and gives great amount of feedback, at left side you will also find nano-sim tray. On left side you have nothing, just a port for microSD card slot. 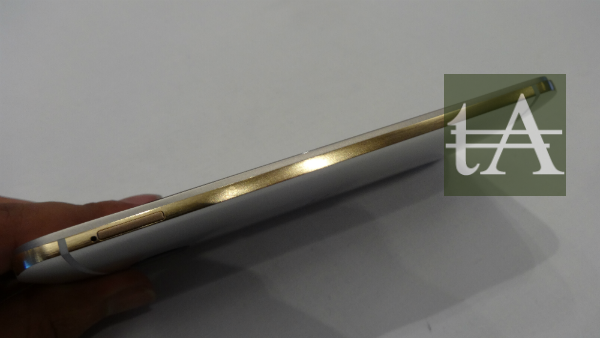 At back you will find a curved body with brushed metal finish which gives an elegant and premium look to the device, and due to the curvier look you will get better hold to the device.

At back you will find a duo-camera of 20.7MP + 2.1MP along with dual tone LED flash, this rear camera can record 4K videos at 30fps. 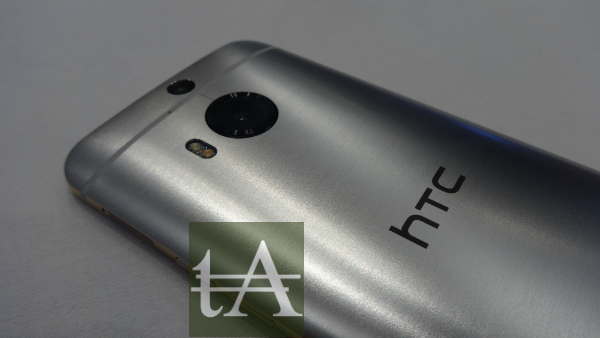 If we talk about under the hood features then it is powered by an Mediatek MT6795T octa-core processor clocked at 2.2Ghz along with 3GB of RAM and PowerVR G6200 GPU. It comes with a 32GB internal storage which can be expandable up to 128GB via microSD card.

In terms of software, HTC One M9+ runs on Android 5.0 Lollipop wrapped under all new companies Sense UI 7 which gives you a lot in terms of customization like you can change color options, apart from all there is a big change which most of the users are waiting from a very long time, the Theme App which allows you to change wallpapers, backgrounds, font, completely change the look of icons, and much more. You can also add or remove touch capacitive buttons which is really a cool features.

HTC has also introduced fingerprint scanner on its home button and unlike others, here you can place your finger in any conditions like straight or even if you place your finger upside down then also it can read it.

As told earlier, HTC One M9+ comes with a duo camera of 20.7MP + 2.1MP which can shot 2K videos, if we consider its front camera then in our test it performed very well, in low light it took very took very good image.

Here are some images which click out of its camera at launch event, don’t forget light was not that good at that time :- 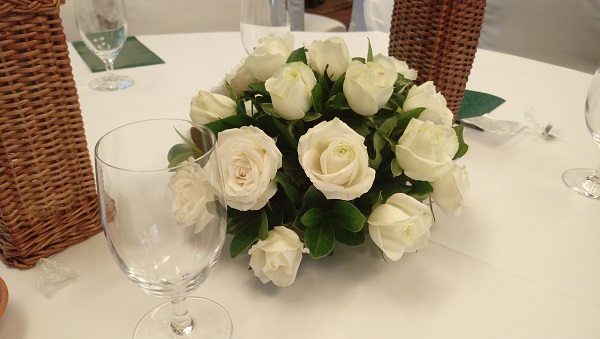 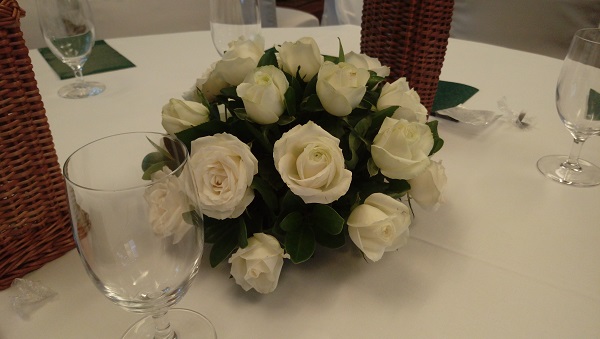 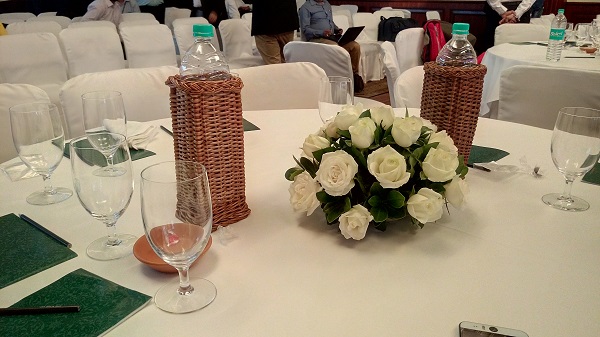 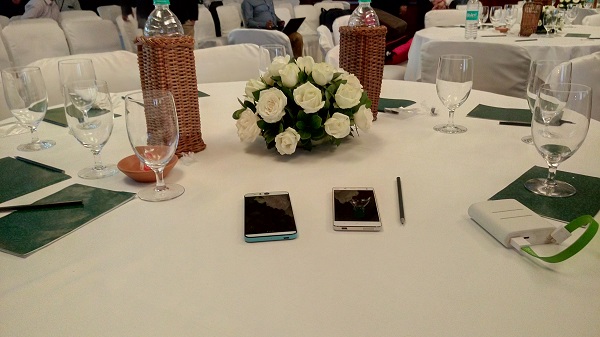 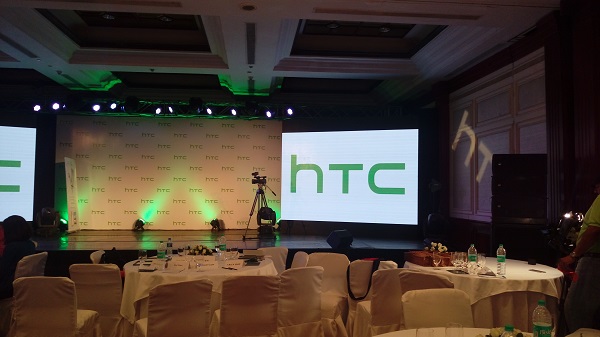 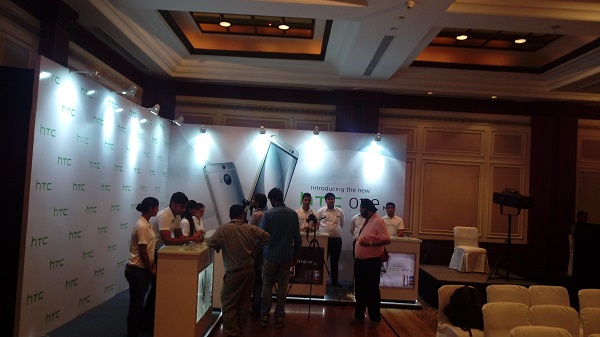 At last I would say that phone is quite impressive and feels solid in hands. In terms of pricing, HTC has priced it well in market if we consider its features which it comes with.