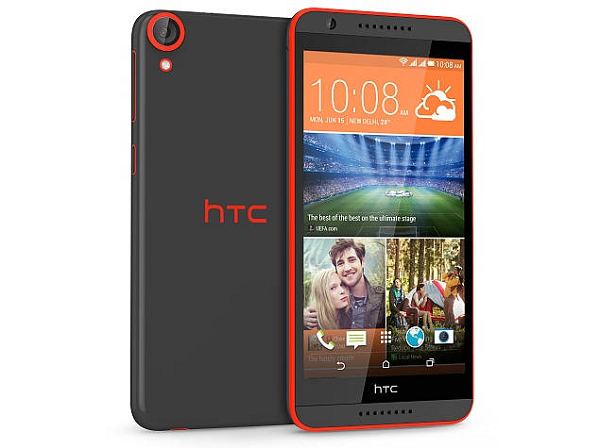 When it comes to setting, the HTC Desire 820G+ features an 5.5-inch HD (1280×720 pixels) display screen, under the hood it is powered by a MediaTek MT6592 octa-core processor clocked at 1.7GHz along with 1GB of RAM and also includes an 16GB of internal storage which can be further expanded up to 32GB using a microSD card.

In terms of photographic, it features an 13-megapixel auto focus rear camera with BSI sensor and LED flash, it do suports 1080p video recording, at front you have an 8-megapixel front-facing camera as well, it houses a 2,600mAh battery which can can offer up to 12 hours of talk time and up to 560 hours of standby time, for connectivity it has dual-SIM card slots, 3G support, Bluetooth 4.0, Wi-Fi, and as per software front, it runs on Android 4.4 KitKat wrapped under Sense UI.

Faisal Siddiqui, President, South Asia, HTC said “As our customers create and consume more rich video content and want greater freedom to personalise their smartphones, they are increasingly looking for bigger and better screens, faster processors, amazing sound, and outstanding battery life. We also know that they want more flexibility that comes with expandable memory.Today I am excited to announce that at only Rs. 19,990 the HTC Desire 820G+ Dual SIM delivers one of the most features found with a smartphone at this price. With an outstanding user experience in a sleek, chic, slim and colourful package”