Last year Xiaomi has announced a new innovative product, the Xiaomi Mi Mix which is the first smartphone from the company which was completely bezel-less, display of Mi Mix was stunning and it took display of device to next level, but sadly that phone was more like prototype and failed to hit shores. But last month Xiaomi has announced the successor of Mi Mix, the Xiaomi Mi Mix 2. 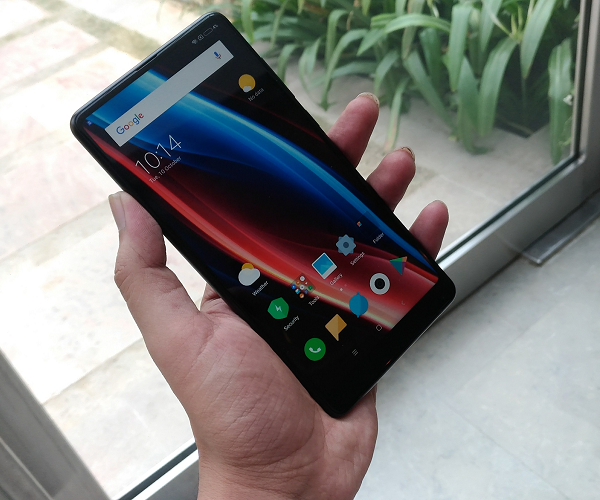 Right after the launch of Mi Mix 2 in China last month, Manu Jain, VP and MD of Xiaomi India has told us that Mi Mix 2 will be coming to India very soon, and today it was announced for the Indian market.

The Xiaomi Mi Mix 2 is more beautiful, smaller and faster as well when compared with its predecessor. The main USP of this device is its display, it comes with an almost bezel-less display screen, it has 5.99 inches (18:9 aspect ratio) with the screen resolution of 2160×1080 FHD+ which is smaller than Mi Mix 6.44-inch display.

The company has worked really hard on the design of it, the chin below the display is now 12 percent smaller and now corners are more rounded to make a better grip on it. 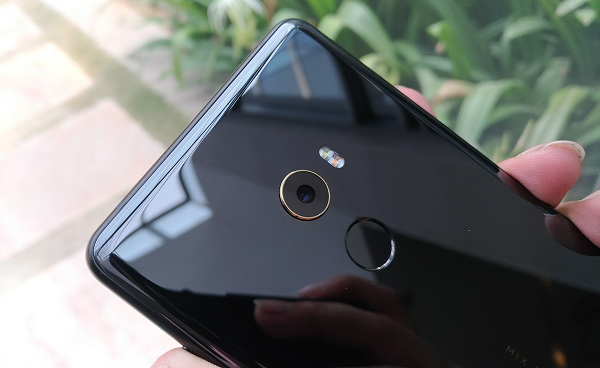 Xiaomi has also announced a special edition of Mi Mi 2 which is the world first smartphone to use full unibody ceramic design. This time Xiaomi is using actual tiny speakers which are placed at the top of the display.

Having such a beautiful display comes at the cost of the camera which is placed at the bottom of the front panel and while clicking selfies you have to hold it upside down.

When it comes to the rest of the specs, it is powered by Qualcomm Snapdragon 835 processor, which is the flagship processor from the company. Xiaomi has decided to launch only ceramic variant in India, it has 6GB of RAM and comes with 128GB of internal storage.

When it comes to the camera, it features a 12MP rear snapper along with dual LED flash, and there is 5MP front facing camera as well for video calling and selfies.

For connectivity, it supports LTE, VoLTE, dual SIM, USB Type-C, GPS, WiFi, and Bluetooth, and when it comes to software front, it runs on Android 7 which wrapped MIUI 9.

Mi MIX 2 will be available at the price tag of INR 35,999. There will be a special preview sale for Mi Fans on 17th October, at 12 Noon on Mi.com and Flipkart. Xiaomi Mi MIX 2 will go on sale across Mi.com, Flipkart, all Mi Home stores, Mi Preferred Partner stores, and Large Format Retail Partners during the first week of November.

InFocus A2 Announced, Comes With 30GB Of 4G Data From Reliance...