As expected, today at an event in New Delhi, Xiaomi India has launched its latest flagship device for India, the Xiaomi Mi 4. Xiaomi has priced this smartphone slightly higher which we were expecting, Mi 4 is price Rs. 19,999 and like other smartphone’s of Xiaomi, this Mi 4 too will be available only on Flipkart via flash sale and first sale will happen on February 10 and registration for the same has been already started on Flipkart. 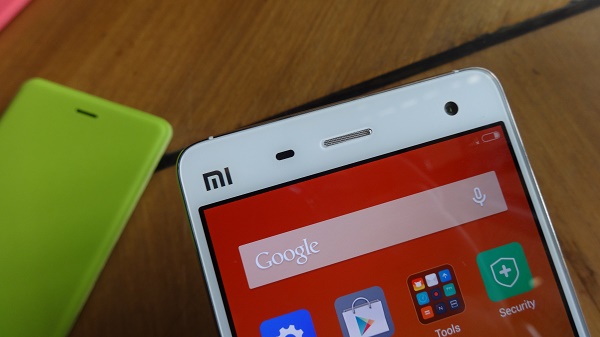 If we talk about specs then Xiaomi Mi 4 features an  5 inch full HD 1080p display screen, under the hood its powered by a Snapdragon 801 quad-core processor clocked at 2.5GHz along with 3GB of RAM and has 16GB of internal storage, Xioami has said they will soon launch 64 GB variant too in India.

At back Xiaomi Mi4 features a 13-megapixel rear camera with f/1.8 along with a 8-megapixel front-facing camera, it houses a 3,080mAh battery. Xiaomi has used metals for the first time on its smartphones, there is a metal frame around the device.

For connectivity it has WiFi, Bluetooth, Micro USB, and GPS, as per software front it run on Android 4.4.4 KitKat wrapped under MIUI 6.