After so much of teasing, leak and speculations, finally OnePlus has launched its flagship smartphone of 2017, yes finally OnePlus 5 is official and now we have all confirmation news about the device. Most of the leaks turn out to be correct and OnePlus 5 comes with most of the same specs which we have seen on leaks. OnePlus 5 is being launched in India on 22 June 2017 and sale will begin same day at 4:30 PM. 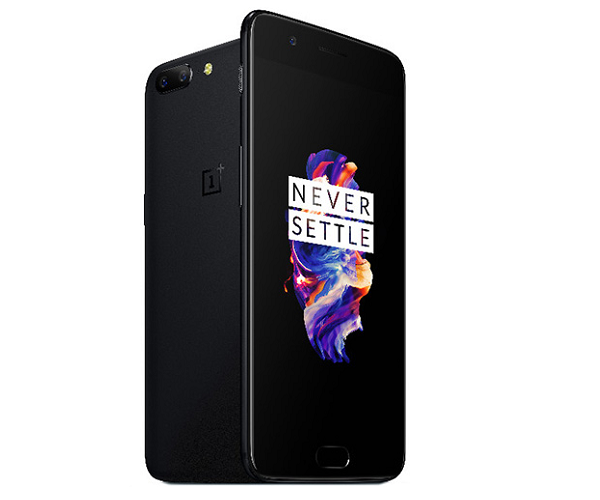 OnePlus 5 comes with an anodized aluminum build with 7.25mm thickness, it do resemble like iPhone 7 Plus from the back, it has a ceramic fingerprint sensor, the same which we have seen on OnePlus 3.

As told earlier, most of the specs are the same which we have seen on leaks, OnePlus 5 comes with 5.5 Inches FHD Optic AMOLED display screen which is now protected by Corning Gorilla Glass 5, under the hood, it is powered by Snapdragon 835 octa-core processor and comes in two variant, 6GB RAM with 64GB internal storage and 8GB RAM with 128GB internal storage, and it comes with  two lane transfer for faster installation speeds, boot time and app loading as well.

When it comes with camera front, which is one of the most talked features of this device, it features a dual camera setup at the back, a 16MP primary camera and a 20MP secondary telephoto sensor, which capture depth information and gives the OnePlus 5 the capability of 2X optical zoom, yes, the same which we have seen on iPhone 7 Plus.

It houses a 3300 mAh battery which again supports Dash Charging which allows a full day of use in just a half hour of charge.

It will be available in two colors variant, Midnight Black and  Slate Gray, which seems black again, OnePlus 5 is priced $479 or 499 Euros for the 6GB RAM, the 8GB RAM variant is priced at $539 or 559 Euros.

HTC Confirms, It Isn’t Working On Any Voice Assistance