Last month Micromax Canvas Juice A77 was spotted online selling for Rs. 7,999, today Micromax has officially announce this phone for same Rs. 7,999, Company has announced this phone in partnership with HomeShop 18. 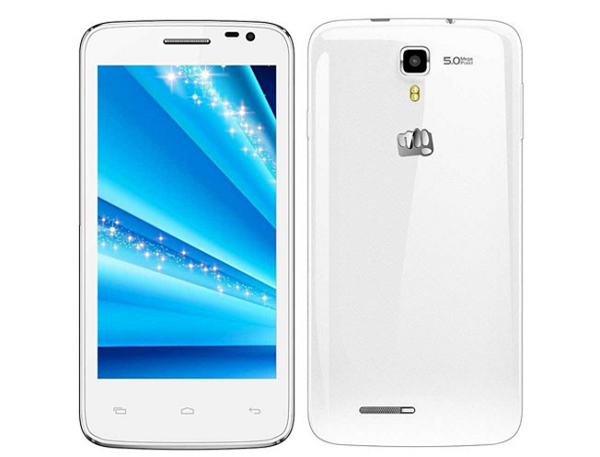 As per specs, Canvas Juice A77 flaunts an 5 inch WVGA display with screen resolution of 854×480 pixels, Its powered by a dual-core processor clocked at 1.3GHz along with 1 GB of RAM, and 4 GB of ROM which can be expandable by up to 32GB via a microSD card.

At back it features a 5 megapixel rear camera with LED flash and has VGA front facing camera. For connectivity it has Dual SIM, 3G (HSDPA), Wi-Fi, Bluetooth, Micro USB and GPS/AGPS support. Micromax Canvas Juice A77 houses a 3,000mAh battery which can offer up to 10 hours of talk time and up to 250 hours of standby time, it runs on Android 4.2 Jelly Bean and features Micromax’s apps and app store.

At this price and specs this phone will compete with Xolo A600, iBall Andi 4.5Z, Gionee P3 and Karbonn Titanium S2.

Lenovo Launched K900 In India, Comes With Intel Inside