As expected, today China based brand Meizu has officially entered into India and today they announced their latest offering, the Meizu MX5 in India, its one of the premium phone from company which company has launched around two months back in its home country. Meizu has launched MX in Indi at the price tag of Rs. 19,999 and it will be exclusively available on Snapdeal. 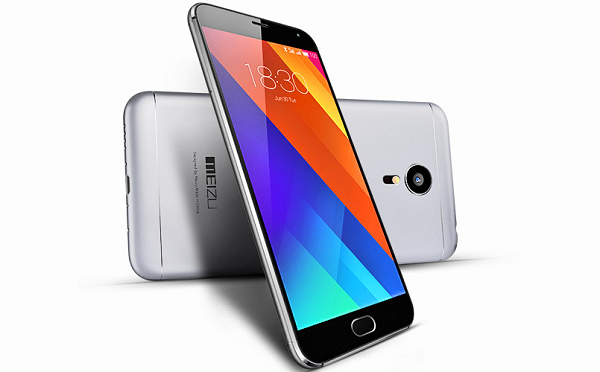 Company has nicely designed this smartphone and it comes with full metal body which do looks good and gives a premium look, one thing which we liked most on this smartphone is that despite f having metal body company has managed to keep this size and weight of device very low, its just weighs 140 grams and 7.6 grams.

Other than this, Meizu MX5 also comes with an finger print scanner which is embedded on the home button of this device, one interesting and unique this which we saw on this device is again its home button which also act as its back button, you just need to double tap on it and you will be taken a screen back.

When it comes with specs of Meizu MX5, it flaunts an 5.5-inch full HD (1920×1080 pixels) Super AMOLED display with 401ppi, under the hood it is powered by an 64-bit 2.2GHz MediaTek Helio X10 MT6795T octa-core processor along with PowerVR G5200 GPU along with 3GB of RAM and 16GB of internal storage which cannot be expandable, company do promised to launch 32GB and 64GB variant very soon.

When it comes to front, the Meizu MX5 features an 20.7-megapixel snapper at the back with laser autofocus which lets it focus on any object in just 0.48 seconds, and it can also let you record 4K video, at front you will find an 5-megapixel snapper for selfie lovers. For connectivity it has got WiFi, Bluetooth, GPS, LTE, and Micro USB.

Meizu MX5 houses an 3,150mAh battery with fast charging capabilities, to which company claims that it can charge it up to 25 percent in just 10 minutes, and up to 50 percent in just half hour, on the software front, it runs on FlymeOS 4.5 based on Android Lollipop.