Today China based smartphone company, Huawei has decided to take the wrap off from its next flagship smartphone, the Huawei Mate 8 in China, however company hasnt announced its price yet, but they did said that Global variant of this device will be showcased at CES. However company said it is build using ‘aerospace-grade’ aluminum and boasts 2.5D glass, and there is an finger print sensor at back, similar to what we had seen Huawei Nexus 6P. 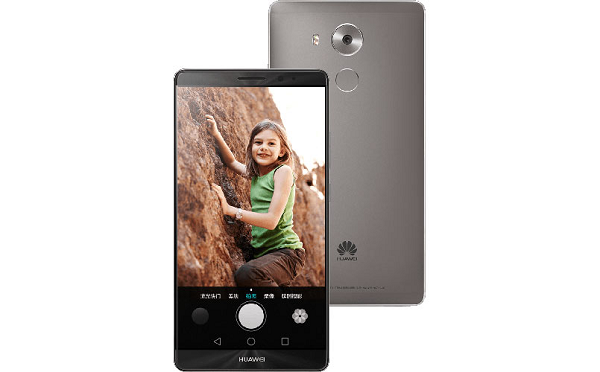 When it comes to specs, it flaunts and massive 6-inch full HD IPS display, under the hood it powered by Huawei’s in-house Kirin 950 octa-core (2.3GHz Cortex-A72 quad-core + 1.8GHz Cortex-A53 quad-core) SoC, there is also an i5 co-processor to which company says supports ‘speech recognition, low-power consumption, there is alo Mali-T880 GPU included in it, and it comes in 3GB and 4GB RAM variants.

It comes with 32GB, 64GB and 128GB internal storage options which can be further expandable via microSD card up to 128GB. When it comes to photography front, it features a 16-megapixel aut focus rear snapper with LED flash, and an 8-megapixel selfie camera.

It houses an 4,000mAh battery which can deliver up to 18 hours of talk time and 22 days on standby mode, and for connectivity it supports 4G LTE support, Wi-Fi 802.11a/b/g/n/ac, and Bluetooth 4.2, and when it comes to software front, the smartphone runs on Android 6.0 Marshmallow wrapped under EMUI 4.0.