After lots of rumors and leaks, finally Google has launched first ever smartphones made by them, the Google Pixel and Google Pixel XL, earlier Google use to tie -up with manufacturers to make Nexus devices and software part was handled by Google, but now just like Apple, Google wants to control both hardware and software part to provide the best device to the users. However, this smartphone is also made by HTC, by all specs input has been provided by Google and both smartphones feature the ‘G’ logo and are touted as ‘Made by Google’. 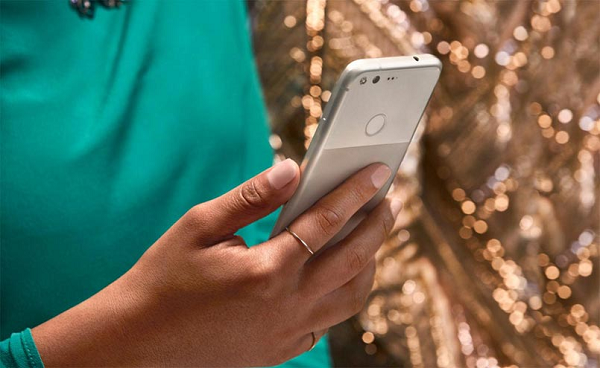 In terms of design, both devices come with same design language which we have seen in earlier leaks and both devices only differentiated on the basis of size. Unlike Nexus device which use to run stock Android, here Pixel devices wraps under Pixel UI, and both of these Pixel and Pixel XL are the first smartphones which come pre-loaded with Google Assistant, it’s not Google Now, but it is all new Google Assistant which is built into the core of OS and it not only make your tasks easy, but it also interacts with Google Home, Allo and so on.

When it comes to specs, Google Pixel flaunts a 5-inch full HD (1920×1080 pixels) AMOLED display which is protected by Corning Gorilla Glass 4. Under the hood, it is powered by Qualcomm’s Snapdragon 821 64-bit quad-core chipset clocked at 2.15GHz along with an Adreno 530 GPU and 4GB of RAM, it comes in 32GB and 128GB onboard storage variants.

When it comes to the photographic front, Google Pixel features a 12.3-megapixel rear camera with f/2.0 aperture, and LED flash, it has zero shutter lag, at least this what Google says, and it can record 4K videos as well. Google says it is the best smartphone camera ever made and it got a score of 89 on DxOMark, Pixel buyers will get unlimited photo and video storage on Google Photos at maximum resolution for the lifetime.

For selfie lovers there is an 8-megapixel selfie camera as well, it houses a 2,770mAh battery which can last for 32 hours of talk time and up to 552 hours on standby mode, it do support fast charging, and for connectivity it supports Bluetooth, 4G LTE with VoLTE support, Wi-Fi 802.11ac, GPS USB Type-C and NFC. There is a fingerprint scanner at the back of the device. And when it comes to software front, it runs on Android 7.1.

When it comes to Google Pixel XL, it has almost same specs and features, the difference among both is that Google Pixel comes with 5.5-inch QHD AMOLED display, and it houses a bigger 3,450mAh battery which can last for 26 hours of talk time and up to 456 hours on standby mode.