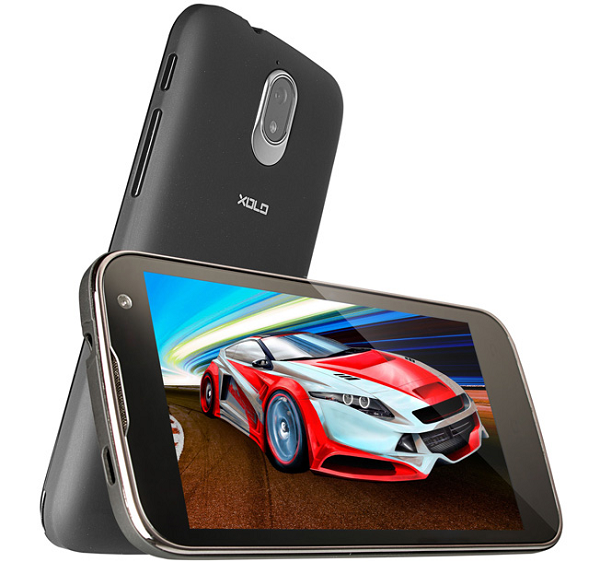 Today Xolo has officially launched Play T1000 in Indian market for Rs. 15,999/- Earlier this smartphone was up for pre-order on e-commerce website.This smartphone is powered by newly Tegra 3.

As per specs this phone is powered by 1.5GHz quad-core Nvidia Tegra 3 processor and a 416MHz 12-core Nvidia ULP GeForce GPU along with 1GB of RAM, it has 4.7 inch display screen with 720p screen resolution. It runs on Android 4.1.1 Jelly Bean.

At back it has 8-megapixel rear camera with a BSI sensor which can record 1080p videos, it also comes with 2-megapixel camera at the front. It has 4 GB internal memory which can be increased up to 32 GB with miroSD card. It houses a 2,000 mAh battery.

For connectivity it has 3G, Wi-Fi, Bluetooth and GPS/ AGPS. At this price rage Xolo Play T1000 will compete with Micromax Canvas 4 A210 and Karonn Titanium S9.