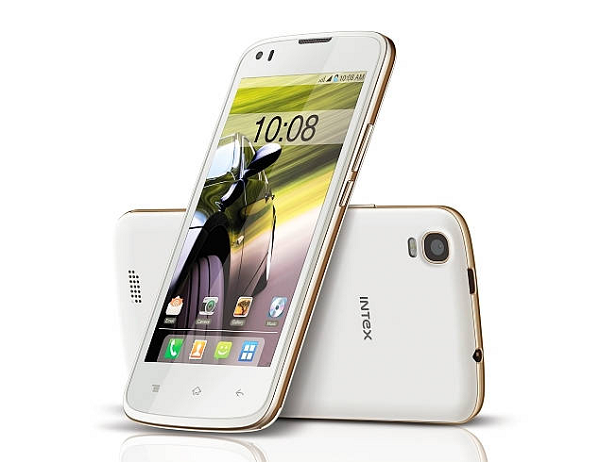 If we talk about other specifications then it comes with an 4.5-inch qHD (540×960 pixels) IPS FL display, under the hood it is powered by a MediaTek MT6582M quad-core processor clocked at 1.3GHz paired with 2GB of RAM and Mali 450 MP2 GPU, it has also got 16GB of internal memory which can be further expandable up to 32GB via microSD card.

As per photography front Intex Aqua Speed features an 8-megapixel rear sensor with f/2.8 aperture and LED flash, and a 5-megapixel front sensor for selfies, its camera app do comes with few features like Panorama, Live Photo and Gesture capture mode.

It packs a 1,700mAh battery which deliver up to 4-5 hours of talk time and 180 hours of standby time, for connectivity it has got 3G, Wi-Fi, Bluetooth, FM radio, and GPS and as told earlier it runs on Android 4.4.2 KitKat and will get Lollipop update, phone weighs only 120 grams with 136x68x8.9mm dimensions and is available in white, coffee, grey and black variants.