Asus today announced a refreshed version of its earlier this year launched, ZenFone Max , now the latest version comes with a couple of hardware and software improvements when compared with earlier version. Company has launched two variants of this device, the 2GB which is priced at Rs 9,999, it will be available for pre-order exclusively on Flipkart only, and the 3GB of RAM is priced at Rs 12,999. which will be available on Amazon, Snapdeal, Flipkart and physical retail stores across India.

The main talking point of this device is its 5000mAh battery which can easily last for couple of days, and not only this, it also supports reverse charging, which means you will be able to charge your other devices with ZenFone Max and it will work as powerbank.

When it comes to specs then, Asus ZenFone Max (ZC550KL) features 5.5-inch HD (720p) display, under the hood it is now powered by Qualcomm Snapdragon 615 octa-core processor clocked at 1.5GHz along with 2GB or 3GB of RAM, and there 32GB onboard storage which can be further expandable up to 64GB. 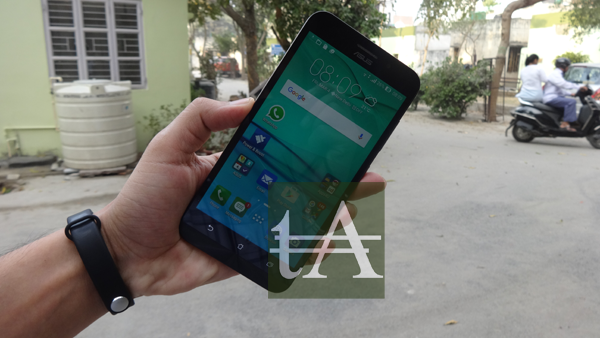 When it comes to the camera section, the new Asus Zenfone Max features a 13-megapixel rear camera with f/2.0 aperture, Laser autofocus and dual LED flash, for selfie lovers there is a 5-megpaixel 85-degress wide angle selfie camera at front with f/2.0 aperture, for connectivity, it supports Bluetooth 4.0, Wi-Fi 802.11, GPS, 4G LTE, dual-SIM and Micro USB.

When it comes to the software front, you will get the latest Android 6.0.1 Marshmallow OS wrapped under ZEN UI, one thing which you will notice here is that, now UI is pretty cleans and there is very less amount of bloatwares which you can find on this device.

At this price tag this smartphone will compete with Xiaomi Redmi Note 3, LeEco Le 1s and Meizu M3 Note, while Asus ZenFone Max has advantage of having massive battery, all other comes with metallic unibody design, and fingerprint sensor.

Google Pixel 2 And Pixel 2 XL With OLED Display And...