Obi Worldphone, a company which is started by former Apple CEO John Sculley was there from some time but failed to impress most of the people out there, now company has announced a new mid-range smartphone, Obi Worldphone MV1 at the ongoing Mobile World Congress aka MWC 2016, company has said, this smartphone comes with interesting design language and it has been designed at San Francisco-based Ammunition studio. 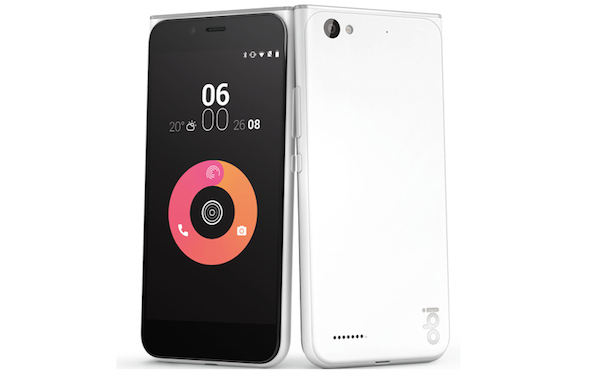 When it comes to specs, Obi Worldphone MV1 flaunts a 5-inch HD (1280×720 pixels) display which is protected by Corning Gorilla Glass 3 protection, under the hood, it is powered by a 1.3GHz Snapdragon 212 quad-core processor along with 1GB/2GB of RAM and Adreno 306 GPU, it also comes with 16GB of internal storage, which can be further expandable up to 64GB via a microSD card.

When it comes to photography front, Obi Worldphone MV1 features an 8-megapixel autofocus rear camera with OmniVision OV8865 sensor, f/2.2 aperture, LED flash and 1080p video recording capabilities, at the front its has got an 2-megapixel selfie camera.

For connectivity, it supports dual-SIM card slots, 4G LTE support, Wi-Fi, Bluetooth 4.1 and GPS, it houses a 2,500mAh battery, supports DTS audio and when it comes to software front, it runs on either on stock Android 5.1 Lollipop or Cyanogen OS 12.1.1.