Almost all of us love to watch sports game and most of you must be following each and every detail of those games, there are tons of apps which let you stay updated with scores and news of your favorite sports, but have you ever wanted to get in touch with other fans and engage with them so that you can discuss things with them. Rooter is a free app which is available for Android and iOS devices. 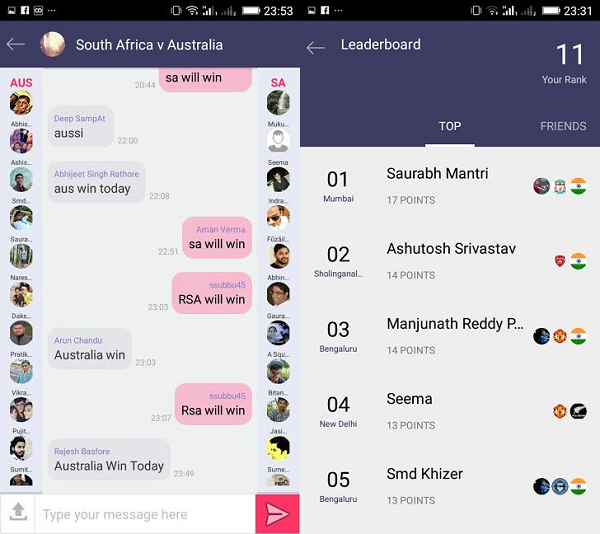 Rooter is first of its kind of app which offers sports fans across the globe to be connected on a single platform that meets their need for live interaction and engagement during the most exciting games. The key differentiator of the platform is the unique Live match prediction game that engages fans during a Live match and also connects them with fans in their vicinity.

Rooter enables real-time engagement leading to high-octane excitement for viewers. It also creates the opportunity for sports teams, clubs and players across the world to enjoy a higher number of loyalists. Besides the prediction game, users can also discover other fans around, chat either individually or on Live Match Forums during matches, play pre-match quizzes and win prizes every day. 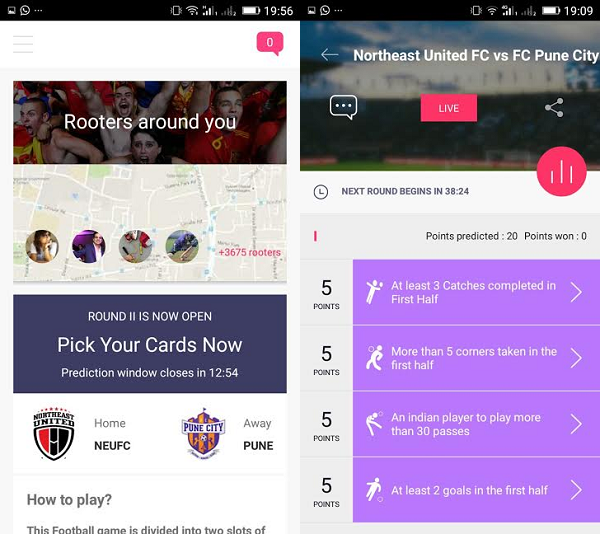 As of now this app focuses more on Football which is worlds most popular sports game and Cricket which is like a religion in India.  In Football, Rooter will be covering all European football leagues aside from Indian Super League (ISL). Rooter will also cover Tennis matches including Grand Slams and ATP tournaments. Soon company is adding more sports games on board.

Speaking on the launch, Piyush, Founder & CEO, Rooter said, “Being passionate sports fans ourselves, we felt there was a pressing need for something which helped us connect with other like-minded individuals in real-time… while the sporting action is on. Our unique and disruptive prediction game during live matches is poised to completely disrupt the way sports engagement takes place across the globe. By making sports consumption more enthralling than ever before, Rooter is not just going to be an absolute delight for serious sports lovers but is sure to spike the interest levels of the hitherto casual viewer. We are very excited about the launch of our app and are looking forward to the difference it makes in the global sports viewership and engagement experience.”

ABOUT US
Newspaper is your news, entertainment, music fashion website. We provide you with the latest breaking news and videos straight from the entertainment industry.
Contact us: [email protected]
FOLLOW US
© Newspaper WordPress Theme by TagDiv
MORE STORIES
Software